Cameroon will meet Nige
ria in tomorrow’s final of the African Women’s Championship after both teams won their semi-finals by a 2-1 scoreline.
It also means the pair have qualified for next year’s Women’s World Cup in Canada.
Nigeria overcame South Africa in Wednesday’s earlier kick-off, with a first-half brace from Asisat Oshoala setting them on their way to victory.
Jane Refiloe reduced the deficit for the South Africans but the Super Falcons held on.
In the other semi-final, Cameroon needed extra-time to beat Ivory Coast and reach the final for the first time.
Captain Christine Manie hit the winner in the 118th minute, heading in from a corner.
Only twice since the first African Women’s Championship in 1991 have Nigeria failed to win the trophy. Equatorial Guinea are the only other winners – in 2008 and 2012
Gaelle Enganamouit had opened the scoring for Cameron on 60 minutes, only for Ines Tia to equalise from close range.
Cameroon’s success in reaching the Women’s World Cup for the first time can transform the game in the country, according to their coach.
Enoh Ngatchu told Tidesports source: “We have more girls playing soccer, we are better organised – with this qualification, many things will change.”
He said he hoped members of his squad would benefit financially from their success so far – with professional contracts potentially on offer to some of his stars.
“Nobody expected us to reach this level,” he added. And it is clear he believes the Super Falcons of Nigeria are the favourites for Saturday’s showpiece, even though Cameroon’s record in the women’s game is a strong one.
“They’re still the best – but we’ll do everything possible to make the game difficult [for them] and grab the trophy,” he declared.
For eight-time champions Nigeria, winning back the trophy is only part of the challenge.
They want to translate continental dominance into success on the global stage – and in young striker Oshoala they may have the talent to do just that.
She was the top scorer in the recent U20 Women’s World Cup, in which Nigeria were beaten finalists – and has been in good form at this tournament in Namibia.
“I was at the Nations Cup two years ago in Guinea – but I didn’t play,” she told the BBC.
“[The U20 World Cup] has really upped my game – I was able to try one or two things and it came out fine, so I’m very happy.”
With Africa having three places at the senior Women’s World Cup next year, South Africa and Ivory Coast, the beaten semi-finalists here, still have a chance of making it with victory in the third-place match. 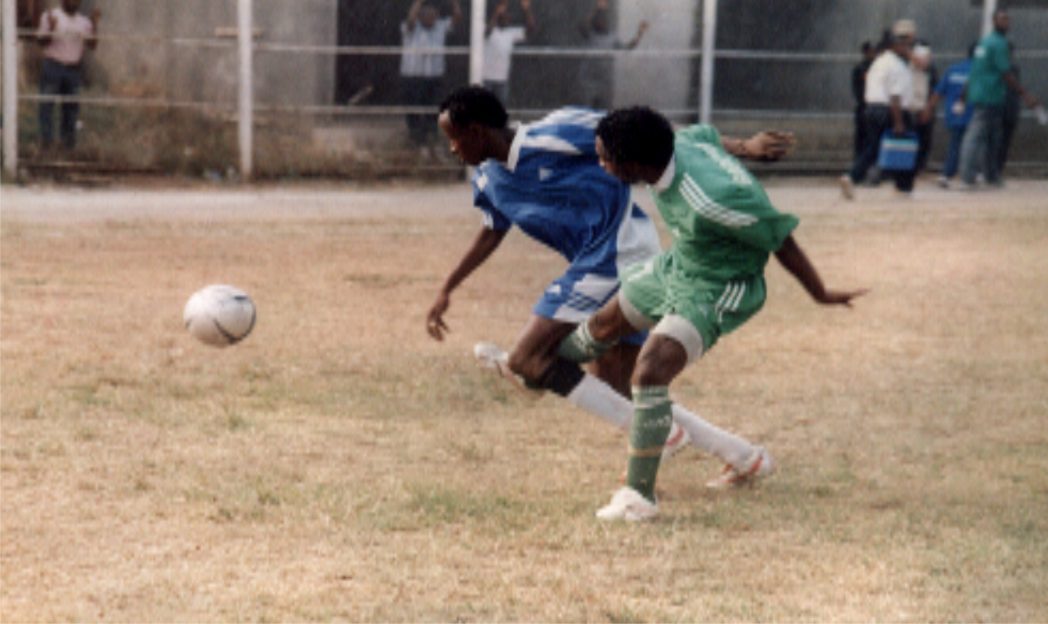