Nigeria is expected to be declared Ebola-free today, just three months after fears that the virus could spread like wildfire through Africa’s most populous nation.
The World Health Organization (WHO) will make the announcement that Nigeria has not had a confirmed case of Ebola for 42 days — or two incubation periods of 21 days — just as it did for Senegal on Friday.
The achievement is being welcomed, with no end in sight to the disease that has claimed more than 4,500 lives this year, most of them in West Africa, and mounting fears about cases around the world.
Close attention is being paid to how Nigeria, with an under-funded and ill-equipped health system, managed to contain the virus, as specialists look for a more effective response to control its spread.
But there were warnings against any premature celebration, with complacency still a risk and luck considered to have played a part in containing the outbreak.
However, eight people died out of 20 confirmed Ebola cases in Nigeria, with all infections traced back to a single source — Liberian finance ministry official Patrick Sawyer, who arrived in Lagos on July 20.
Many feared the worst when Sawyer died on July 25 in a private hospital in Nigeria’s biggest city, which is home to more than 20million people, with poor sanitation and inadequate health facilities.
Doctors were on strike at the time over pay and conditions in the public health sector, where many state hospitals lack running water, let alone soap and other basic equipment.
Yet, the doomsday scenario of rapid spread among a 176-million-strong population, devastating Africa’s leading economy and oil producer, did not materialise.
“Nigeria acted quickly and early and on a large scale,” John Vertefeuille, from the US Centers for Disease Control and Prevention (CDC), told AFP.
“They acted aggressively, especially in terms of contact-tracing.”
Key to the response was an existing plan for a mass outbreak of polio, which was adapted to Ebola, as well as a rapid appeal for foreign help.
The Ebola Emergency Operations Centre (EEOC) prioritised contact-tracing and twice-daily monitoring of those at risk, with experts aware that every Ebola case is in contact with about 50 people.
In all, nearly 900 people were monitored in Lagos and the oil city of Port Harcourt, where one contact of Sawyer travelled after slipping surveillance, going on to infect another doctor.
Some 1,800 people were trained to trace and monitor those at risk, as well as decontaminate infected places and care for the sick, said the head of the EEOC, Faisal Shuaib.
Luck cannot be discounted in Nigeria’s first brush with Ebola. Sawyer was taken straight to hospital after arriving from Monrovia visibly ill, keeping him off Lagos’ teeming streets.
Doctors also prevented him from discharging himself into an area of the city frequented by tens of thousands of people with a bus station that serves the entire country.
The EEOC in the early days of the outbreak, highlighted concerns such as lack of personal protective equipment for medics, which could have had serious implications in any rapid spread.
Public health campaigns, including a giant electronic billboard warning about Ebola just outside the hospital where Sawyer died, have helped raise awareness.
Airports and seaports have introduced compulsory screening on arrival and departure; temperature checks and hand sanitiser use for the public are now the norm.
Greater knowledge about Ebola is likely to help in reporting any new cases, said epidemiologist Chukwe Ihekweazu, who runs the Nigeria Health Watch website.
But he warned Nigeria against celebrating its Ebola-free status.
“It’s premature when you see the situation in West Africa right now. There’s still a lot to do. It’s not the right time to celebrate,” he said.
Vertefeuille admitted that there was “no equal level of preparedness everywhere in the country” but still said Nigeria was better equipped to deal with any future Ebola cases.
Isolation centres have now been identified in most Nigerian states, while six laboratories have been accredited by the WHO to conduct Ebola tests, said Shuaib.
But concerns remained, not least about funding.
Vertefeuille said the federal authorities had been slow to match state government funding for the outbreak, which would be vital for tackling any new cases. 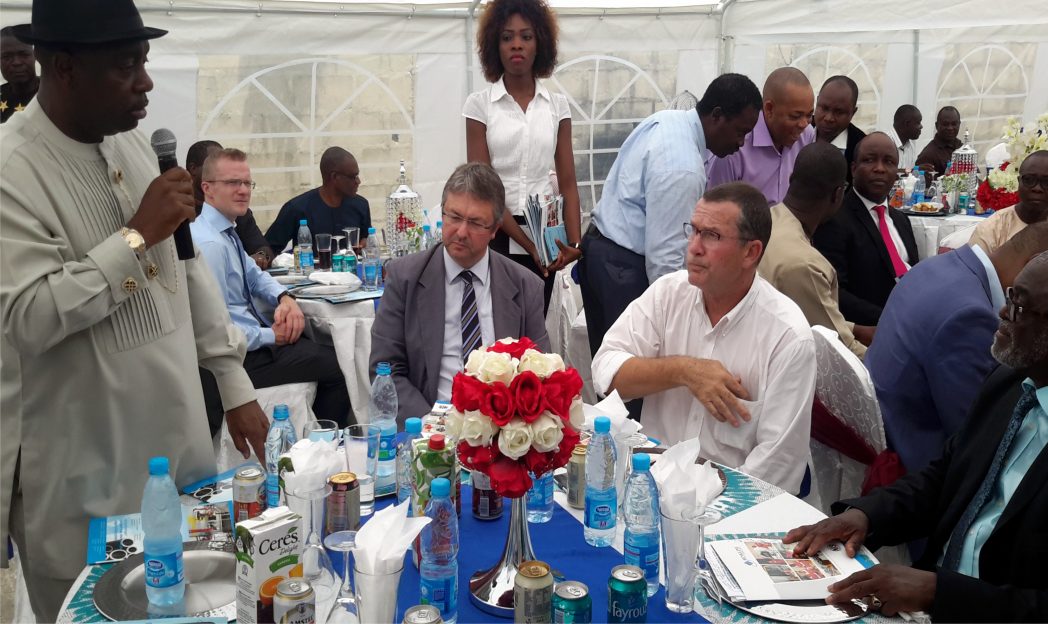