The Okposi Football Club last
Saturday at the Community Secondary School, Obigwe clinched the Hon. Augustine Onyekachi Nwokocha Unity Cup for Igburu clan in Ogba/Egbema/Ndoni Local Government Area (ONELGA) after beating their Egbada counterparts 4-3 in a dramatic penalty shoot-out.
The encounter was stalemated in the 34th minute by Nedu Orji of Egbada FC who cancelled Okposi’s lead which came in the 21st minute through Ebochi Samuel.
Exchanges remained even through the rest of the regulation time and Referee ThankGod Onyiri who was on top of the game signaled straight for penalities.
In the dramatic shoot-out, substitutes Gift Orene and Odinaka Orukwo as well as Ogwo Bright scored with three of Okposi’s five opportunities while only Skipper Natu Ogbodi and substitute Okey Nne converted Egbada’s five shots.
Ohiauga FC finished third in the 12-team contest and had their bronze medals presented to them by Eze John E. Ogu, Eze Luali of Igburu. Egbeda FC which were runners-up were decorated with their silver medals by Hon. Lucky Odili, member representing ONELGA Constituency Two in the Rivers State House of Assembly.
Hon. Gift Wokocha, member representing ONELGA Constituency One in the Rivers State House of Assembly and Chairman of the occasion, presented the gold medals and winners’ trophy to the Okposi team.
The Eze Igburu, Eze Chinedu Igwe, represented by Chief (Dr.) Gideon Nwokocha, the Ochioha Okposi and His Royal Highness, Jonathan Osia, the Ochioha Egbada joined a large crowd of elders and youths of Igburu clan to watch the explosive final.
Many soccer fans who watched the final commended Ref Onyiri and his assistants, Elijah Agi, Isaac Dibia and reserved referee Elem Solomon, all from the ONELGA Referee Society, Rivers Referees Council for good officiating. Twelve teams participated in the championship which commenced in August. They were from, Amah, Ohiaguga, Elehia, Ikiri, Elieta and Osiakpu communities.
The rest were from Uju, Okansu, Ogbidi, Obigwe Egbada and Okposi communities. 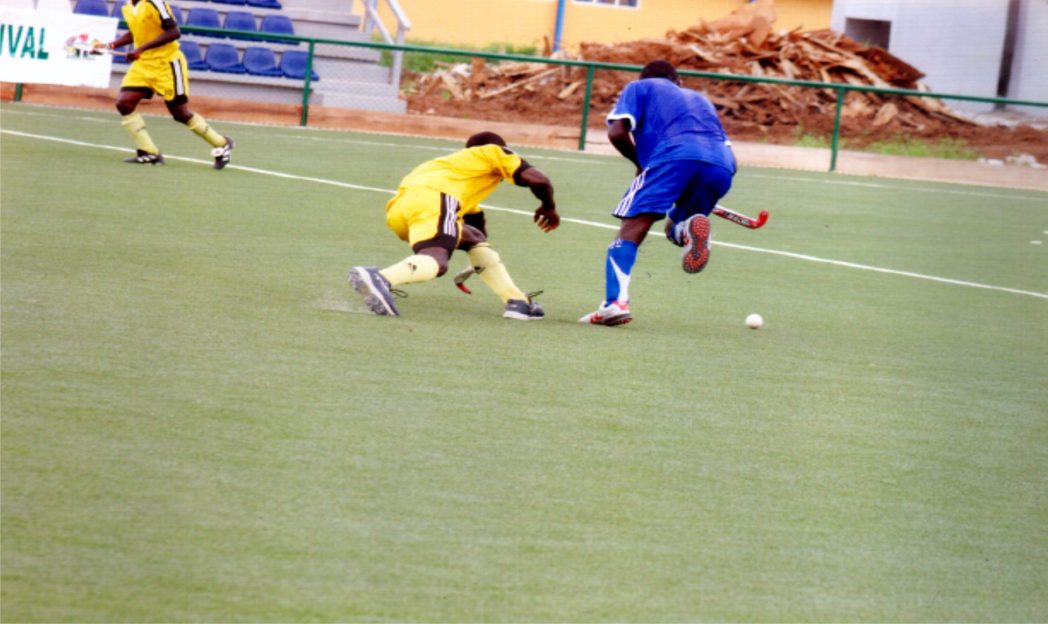 Hockey players in action during a recent national meet

2015 AFCON: Danger Looms For Nigeria After Loss In Sudan