The Supreme Court, on
Monday, dismissed multiple appeals challenging the election victory of Governor Willie Obiano and upheld his election, as affirmed in the concurrent judgements of the lower courts.
The seven-member panel of Justices of the Supreme Court, in the judgement delivered by Justice Kumai Bayang Akaahs, unanimously dismissed the appeals brought before the court by Chris Ngige of the All Progressives Congress (APC), Tony Nwoye and the Peoples Democratic Party (PDP) for lacking in merit.
The court held that the appellants failed to prove the criminal allegation of multiple registration preferred against Governor Obiano, let alone proving it beyond reasonable doubt.
The court further held that the appeallants were unable to show how non-compliance with the electoral laws in the conduct of the election, as alleged by the appellants, substantially affected the results of the election.
“The appeal lacks merit and it is accordingly dismissed,” Justice Akaahs held and upheld the concurrent judgments of the Anambra State Governorship Election Petition Tribunal and the Court of Appeal, which upheld the election of Governor Obiano.
The hearing of the appeals at the apex court lasted the whole day last week Monday, as the court battled to determine the appeals within 60 days allowed by the constitution.
Ngige and Nwoye were contending that Obiano was not qualified to contest the governorship election, having allegedly submitted a forged document to the Independent National Electoral Commission (INEC) as part of his prequalification and also that Obiano was involved in multiple registration on the voters’ register.
On July 26, the five-member panel of justices of  the Appeal Court sitting in Enugu, led by Justice Mohammed Lawal Garba, unanimously dismissed the four separate appeals brought before it by the APC and its governorship candidate, Ngige, the PDP, its candidate, Nwoye and Dr Chike Obidigbo, for lacking in merit.
In the November 16, 17 and 30 governorship election, Nwoye and Ngige, who came second and third respectively, behind Obiano, had proceeded to the Appeal Court, after losing at the state Governorship Election Petition Tribunal presided over by Justice Ishaq Bello.
The tribunal, on June 4, in Awka, upheld the victory of Obiano, declaring that he was validly elected and that the November governorship poll complied substantially with the provisions of the Electoral Act and the 1999 Constitution.
At the appeal court, Ngige and Nwoye had called for the cancellation of the election and a fresh election conducted, because of irregularities during the election and the double registration by Obiano.
Obidigbo, who stood as an APGA governorship aspirant, wanted the appellate court to declare him the rightful candidate of the party, after he emerged the candidate of another faction of the party.
He also canvassed a cancellation of the election and the conduct. 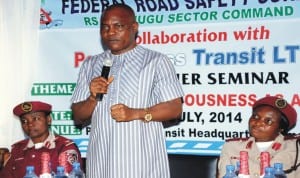