The Nigeria Immigra
tion Service, Enugu State Command, yesterday, said it nabbed one Mr. Koffi Hassan, a Sierra Leonean, who specialised in trafficking women out of Nigeria for prostitution.
The Immigration Comptroller, Mr. Bashir Ismail, disclosed this in Enugu.
He said that Hassan, the human traffic kingpin, who had been on their wanted list, was arrested following a tip-off.
His words: “Human trafficking has been a challenge in this part of the country.
“Just last month, we succeeded in arresting one notorious human trafficker called Koffi Hassan, who has been involved in trafficking of women for prostitution.
“We have been tracking him and finally, we were able to arrest the kingpin. We have now presented him for prosecution. After prosecution, we will definitely repatriate him.
“That’s a great achievement for us; we have been challenged for this kind of things in this area.
Ismail said the command had also embarked on the repatriation of irregular aliens in the state.
He said that such people had caused security breaches in the state and had become threats to their host communities.
“The service decided to embark on regular repatriation and removal of such kind of citizens that are among us.
“Between January and now, we have repatriated over 98 people out of Enugu. We have to be on it and to be frank, we have been getting great support from Enugu State government.
“We also get people referred to us due to our synergy with other security agencies. Whenever they have such kind of people arrested among other criminals, they do refer them to us, then we take action.
“We are very happy with that because the synergy has been working very well. That’s why we were able to repatriate such high number of illegal aliens.
“Most of the nationals are from Niger Republic, Togo and Mali and a few Beninois and the Cameroonians,” he said. 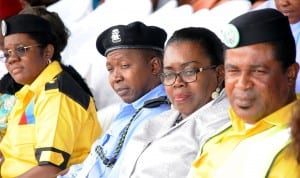