The Federal Government has released a list of 305 Nigerians and friends of Nigeria as recipients of the 2013/2014 National Honours Award, to be conferred on September 29, in Abuja.
The awards are in the categories of Commander of the Federal Republic (CFR), Commander of the Niger (CON), Order of the Federal Republic (OFR), Order Of the Niger (OON), Member of the Federal Republic (MFR), MON and FRM.
Of the 305 recipients, 24 bagged CFR, 59 (CON), 51 (OFR), 61 (OON), 53 (FR), 55 (MON) and two are to be decorated with FRM.
A statement issued yesterday in Abuja and signed by the Director of Special Duties in the Office of the Secretary to the Government of the Federation, Dr. Adeyemo Tunde listed the recipients to include Service Chiefs, National Chairman of APC, Supreme Court Justices, Sports men and women who distinguished themselves in international outings, taxi driver, traffic warden, a Cook at the Presidential Villa and a former governor of Rivers State, Dr. Peter Odili.
The statement said the awardees will be conferred with the awards on Monday, September 29 at 9.00 am at the International Conference centre, Abuja, adding that the award recipients are entitled to come with only two guests and should be seated by 8.30am. prompt.
The list, as released, by the office of Secretary to the Government of the Federation include: AIR-Marshall Alex Badeh, Chief of Defence Staff (CFR), Maj. Gen. Kenneth Minimah, Chief of Army Staff (CFR), Rear Admiral Usman Jibrin, Chief of Naval Staff (CFR), Air Vice Marshal Adesola Amosu, Chief of Air Staff (CFR), Alahaji Sulaiman Abba, Acting Inspector General of Police (CFR), Hon. Justice Bolarinwa O. Bablakin, Fmr. Supreme Court, Judge, CFR and Hon. Justice Abubakar Bashir Wali, Justice of the Supreme Court, (Rtd.) (CFR). 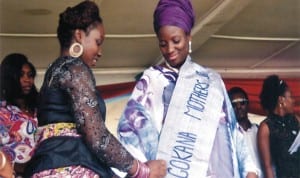