This year’s Post-Unified
Tertiary Matriculation Examination (UTME) conducted by the University of Nigeria Nsukka (UNN) left many students in tears.
Apart from starting the exam far behind schedule, which is one of the disturbing realities in each year’s exams, there was no transportation system to convey thousands of students from different parts of the country to the university for the exam.
Some of the students, who travelled all the way from Lagos to Nsukka for the exam held on Friday August 8 and Saturday 9, said they passed through hell in traffic gridlock on the ever busy Lagos-Benin Expressway, within the period of the exam.
One of the students, Kelechi Ikeji, said she left Lagos at 6.30 am on Friday but got to Ore, Ondo State at 7.00pm. She said some failed spots on the expressway left heavy vehicles trapped in endless traffic jam, while commuters writhed in pain for several hours.
“It was 7.00 pm before we got to Ore. I got to Awka at 11.00 pm. I lost concentration. I slept in my uncle’s house and left for Nsukka in the morning for the exam. Some of my mates said they got to Awka at 1.00 am. It was a horrible experience for us,” she said.
Aside the long travel hours experienced by these students, further investigation by our reporter revealed that the UNN bus and taxi transportation system, popularly known as UNN Shuttle, which runs both within the campus and Nsukka town, has been on strike in the past one month. UNN Shuttle came as substitute to motorcycles, popularly known as Okada, which was banned on the campus about six years ago.
The cause of the strike our reporter gathered was as a result of hike in fare by the UNN Shuttle operators. From Nsukka town, which is within Peace Mass Transit Park to the campus is N50 and N30 for taxi and bus respectively. What infuriated the students was the fact that even from Zik’s flat to Nsukka town, a distance of less than 500m, the shuttle operators also collect N50 and N30 respectively.
After several meetings with the SUG executive to cut down the fare which ended in deadlock, the operators went into strike, leading to many students living off campus trekking for, as long as between four and five kilometres, to school.
As UNN Shuttle buses were unavailable, thousands of post-UTME candidates were stranded on the road. While many trekked from inside the town to the campus, a lot were busy begging the few available commercial motorcyclists in town to take them to the university gate for as much as N200 (a journey that should not cost more than N60). One of the candidates, Bartholomew Ugwu, told our reporter that he passed through hell to get to the university campus on the examination day.
“The examination was supposed to start at 12 pm but we started it at 2pm. By 3.30pm, the exam was ended. So, I can say that the exam started earlier this year unlike the previous years when the exam started at 8pm. Also, unlike the previous years, there was no leakage of exam question papers this year. Neither was there anything like exam malpractice. You are on your own. No looking sideways.
“But on the transportation to the school, I saw hell. It rained that morning. My house was a bit far from the campus and there was no transportation system to take us to the school. We took bike from our various houses to town and from there, we trekked to the school because UNN Shuttle was on strike and you know commercial motorbike is not allowed inside the campus.
“I was even late to the examination because when I came in, the exam officers have already started calling out the names of candidates. I urge the university to settle whatever dispute they have with the UNN Shuttle so as to ease transportation system in the university,” he said.
Another candidate, Miss Cynthia Odo, said she got stranded when she came to university town on the exam day. 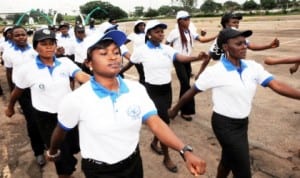