The Corporate Service
Executive of MTN Nigeria, Mr Goodluck Wale, has said that the issue regarding the capacity to accommodate subscribers was essentially in the hands of the operators.
He said this while reacting to some issues raised by subscribers recently in Port Harcourt.
Wale said that it is the responsibility of good understanding of the demands of customers and to put in place the capacity to meet them.
According to him, operators have the resources to install the needed capacity, adding that the reality is that it is extremely difficult to put infrastructure on the ground of the environment.
He hinted that the same infrastructure challenges that affected the power industry has also extended to the telecommunication industry.
The MTN henchman, noted that telecoms infrastructure could not exist in a vacuum as there ought to be a parallel growth in other sectors.
He further explained that the parallel growth was for full realization of the benefits of the increased rollout.
Also speaking, the chairman, Association of Licensed Telecommunications operators of Nigeria (ALTON) Mr Gbenga Adebayo, said that the challenges in the sector remained enormous and had been hampering capacity rollout.
He pointed out that the insecurity of telecoms infrastructure, according to him, is a phenomenon, which manifested prominently two years ago resulting from terror attacks on telecoms facilities.
Adebayo, noted that the operators were faced   with other challenges which included multiple taxation, adding that difficulties in obtaining the Right of Way (Row), as well as different levies imposed by some states and local governments also worries the sector.
It would be recalled that some of these issues hampered efforts to erect base stations that would boost the quality of services offered by service providers. 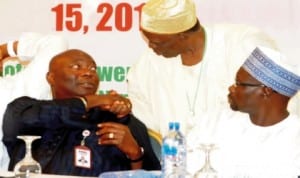 … Set To Train Officers On ICT