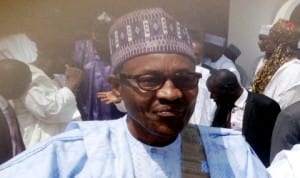 Governor Ifeanyi Okowa of Delta State has urged political appointees to be repository of ideas that will end poverty and social vices in the country.
The governor stated this yesterday, while inaugurating eight newly appointed Special Advisers at Government House, Asaba.
He noted that the times were difficult for Nigerians and that this was not the time for them to be lazy in their duties.
Okowa urged political appointees to commit themselves to more work to revive the economy and create opportunities for the younger generation.
He decried the high rate of youth unemployment which, he said, had driven many into self-help, leading to the current social vices in the country.
The governor said that his administration had created jobs through various empowerment programmes, which had greatly impacted many, with its great multiplier effect.
“Available records indicate that we have so far trained and resourced over 100,000 persons to become successful entrepreneurs.
“Yet, our cities and communities continue to brim with many youths who have yet to find succor, while some, regrettably, have chosen the path of infamy by embracing underhand methods to personal success that now pose danger to the rest of us.
“The signs are ominous and we cannot afford to play the ostrich or even be deluded into thinking that all is well. All is not well,’’ he said.
Okowa urged leaders to work with the consciousness that leadership was service.
“Service to the people for whom we hold our positions in trust. Thus, it is incumbent on appointees to devise means and methods of discharging their callings and responsibilities.
“Leaders and political appointees, at whatever level, should be repository of ideas that will proffer solutions to the problems of unemployment, poverty, anti-social vices, suspicion and distrust that breed inter-ethnic feuds in our communities,’’ he said.
The governor stressed the urgent need for mindset reorientation among the people.
While congratulating the appointees, Okowa urged them to consider it their duties to connect with their communities and engage in regular advocacy that would remold the youth and set them on the right path.
“Where there is a will, there must be a way.
“This administration is of the belief that the stability, peaceful coexistence and prosperity of the state depend on ability to run an all-inclusive government, powered by men and women of competence, capacity and character.
“Hence the new Special Advisers are additional key resources in our governance team, painstakingly assembled to be architects and builders of a stronger Delta.
Responding on behalf of his colleagues, Mr Johnson Erijo, thanked God for the opportunity given them to serve the state.
He expressed appreciation to the governor for finding them worthy of the appointment, while pledging to work and sustain the Okowa-led administration’s agenda of service of the people.
The Tide  reports that the new Special Advisers are: Messrs Ignatius Ziakegha, Matthew Tsekiri, Chukwudi  Dafe,  Martins Okonta,  Dan Yingi, Ernest Ogwuezzy,  Johnson Erijo and Edward Ekpoko.
The Tide also reports that the appointment brings the number of special advisers in government to 16, following the devolution of the State Executive Council on May 18.
Meanwhile, the Delta House of Assembly has screened and confirmed additional 11 nominees as Commissioners in the state.
Those confirmed are Prof. Patrick Muoboghare, former Commissioner for Higher Education; Mr Chika Ossai, former Commissioner for Trade and Investment and Mr Basil Ganagana, former Commissioner for Energy.
Also confirmed is Mr Emmanuel Amgbaduba, former Commissioner for Oil and Gas. The others are Dr Mordi Ononye, former Commissioner for Health; Mr Ovie Oghoore; Mrs Bridget Anyafulu; Mr Solomon Golley; Mr Isaiah Bozimo; Mr Henry Dakota; and Mrs Jennifer Anderson.
The motion for the confirmation of the nominees was unanimously adopted yesterday, by the Assembly when the Speaker, Chief Sheriff Oborevwori put it to a voice vote and seconded by the Minority Leader, Mr Innocent Anidi.
The Tide reports that Gov. Ifeanyi Okowa on July 1, sworn in 18 confirmed nominees as commissioners.
The governor dissolved the state Executive Council on May 18.

A non-partisan advocacy group, South-South Presidency 2023 (SSP2023), has given reasons for insisting on the return of power to the zone in 2023.
The group, which ended its three-day delegates conference in Calabar, said there was need for a President of the South-South extraction to complete the zone’s tenure of eight years since it was truncated by massive gang up and that a South-South Presidency would stabilise the Nigerian polity.
In a 10-point communique signed by the National Protem Chairman of the group, Chief Diekivie Ikiogha, the Cross River State coordinator, Hon Ekpenyong Eyamba and others, the group said the South – South was blessed with competent and qualified human resource to take the country to another height and so should be given a chance.
They observed with nostalgia the deplorable state of the Calabar-Itu road and requested that the Federal Government should urgently fix it.
The group also frowned at what they described as the continuous intimidation, blackmail and harassment of politicians of South – South extraction.
The three-day conference climaxed with a visit to the Chairman of the State Council of Chiefs, His Royal Majesty Etinyin Etim Okon Edet at the Council of Chiefs Chambers.
At the Chamber, Chief Ikiogha called on the traditional institution to support the agitation of South – South people to produce the next president that would do four more years to complete the zone’s turn.
“By this arithmetic, South will do 18 years and when it goes to the north they will do eight years to add up to their tenure of 10 years which will be completed by President
“The South – South has an already constitutional four years which its ex president, Goodluck Jonathan can readily fit in,” he stated.
In his response, HRM Etim Okon Edet , who doubles as Paramount Ruler of Bakassi Local Government Area, said there was nothing wrong with a South – South producing the next president, saying the former president Goodluck Jonathan would be best fit to complete his tenure but feared whether the Bayelsa-born leader would be willing to throw his hat into the ring.
The Monarch said, “Yes, he is best fit to go and complete the four years remaining for South South regardless of any party. I will take the message to His Excellency, Governor Ben Ayade for his opinion.”
Among delegates who attended the Conference were Dr Princewill .W. Igbagara (Bayelsa), Engr. Ini Charles Udonwa (Akwa Ibom), Dr Didi Opiuyo (Rivers), High Chief (Major) A.O.Oputa (Bayelsa), Hon. Barr. Oyemah-Iwe Jahswill (Delta), Dr. Uwamose Amadasun (Edo), and Comrade Francis Etang of Cross River state , among others.

The Independent National Electoral Commission (INEC) in Rivers State has commenced the physical aspect of the Continuous Voter’s Registration (CVR) at the state office and in the local government offices.
This was contained in a statement signed by the Head of Department, Voter Education and Publicity, Mark Usulor and made available to The Tide last Monday, July 26, 2021.
The statement however, regretted that due to the blockade on a stretch of the East-West Road by some persons, reportedly protesting about the poor state of the road yesterday, movement had been impeded along the route.
{As a result, some of our personnel and materials have been unable to arrive some of the local government offices of INEC to commence the exercise”, he said.
He listed the affected local government areas as follows: Andoni; Bonny; Eleme; Gokana; Khana; Ogu/Bolo; Okrika; Opobo/Nkoro and Tai.
“INEC Rivers State wishes to assure potential registrants in such local government areas that the exercise will commence in their locations later in the day and as soon as the situation permits.
“It also hopes that registrants in the affected areas avail themselves the opportunity to key into the physical Continuous Voters’ Registration as soon as normalcy returns back to the area.
It is worthy to note that INEC in line with keeping to its promises to ensure no one of age is disenfranchised introduced the CVR for all as well as those who wishes to change their voters’ card due to their present location as such it is pertinent for those concerned to take full advantage of this window of opportunity”, he added.