Gone are the days when
Nigerian artistes had to sleep at People’s  door steps for their voice to be heard. Now  they are not only running the show, they are also smiling  to the banks in a big way. They now own  the most  fashionable cars, most beautiful houses and other endorsements.
Basically, each artiste has a standard fee for gigs, concerts, but for private parties such as birthdays, wedding etc, they charge  according to their ratings.
The underlisted artistes are put together strictly on how much  they earn per show, influence and other  factors.
P-Square : P-Square can be referred to as the most consistent of all time. Without mincing word, the ‘Alingo’  exponents are rocking the town currently. Any show of  concert that P Square  graces is a big one.
Their  official  fee according to our source  is N15 million. Most concerts during festive period  have their  faces on them, the music  duo of Peter and Paul Okoye have featured in Forbes Africa Twice. They have  recorded big concerts and have been presidential quests in at least five African countries according to report.
D.Banj: Nigeria Singer and song writer Dapo Daniel Oyebanjo is one artiste that sells shows in Nigeria. Virtually all big concerts in Nigeria would  have D’banj face on it. Before he pitched his  tent  with good music  in America, the Ogun  State born  singer charged  N15 million per   event appearance.
But now, his strength and availability has dropped drastically to the extent that he hardly  graces some major  concerts within the country.
At the moment, we gathered from close  source that he charges between N5 million and N7 million as performance fee for  local gigs, $80,000 to $150,000 for African Shows  €40,000 to €60,000 for American  shows.
2 Face: Innocent ‘2 Face’ Idibia is one artiste no body could push  aside. As a result  of his achievements in the music  industry we learnt that the African queen crown charges N10 million per  event at festive period. On a normal  day he charges between N5 million and N6 million per show.
It will also interest you that the talented  singer has huge investments in stocks and real estate  with five multi million naira  houses.
Timaya: The Egberi Papa I of Bayelsa is another artiste that has disappointed his critics who felt he cannot come out with hits again. All parties could  not do without dancing to his latest song ‘Bum Bum Ukwu’ and  other hit songs  from the talented singer. This has earned him more shows  outside Lagos  where he has lots of fan base. He charges N5 million per show.
Iyanya: Project  fame  winner, Iyanya we learnt charges N2 million  to N3 million  per show. This Akwa Ibom born  singer has been a force to  be reckoned with in the entertainment industry. He shot him self to limelight when he dropped his  first hit single ‘Kukere’ which  has very  unique dance steps.
Wizkid: Wizkid who will prefer to be referred to as Wizzy as he  believes he is no More a kid in the game has indeed paid his dues in the industry.  He has endorsements here and  there. It will interest you to know that the talented  singer earns between N4 million and N5 million per show.
Flavour: High life music  star, Flavor has proved his critics wrong by churning out hits upon hits  since his inception in the musical scene. We gathered that he charges between N2 million and N3 million. The talented  musician whose wonderful combination  of native  language Igbo  and English in most  of his songs, has fetched him more fans.
Tiwa Savage: The Nigerian  female  celebrity  collects N2.5 million per show and she is rated as one of the sexiest female  celebrities in Nigeria.
Davido: Aye crooner, Davido can be referred  to as  super talented young singer Nigerian music mainstream have been enjoying  tremendous transformation since the talented singer has been known for  producing hit  tracks. The Omo Baba  Olowo as he is fondly called whose  latest truck “Aye” seems  to be  every club favourite goes  for N3 million to N3.5 million per show.
Banky W: Mr. Capable, Bankole Wellington is in a world of his own as a specialist in RnB Genre of music and he is  smiling to the bank for his efforts. He is also a Samsung Ambassador.
Ice Prince: MI, Nigeria’s musician  with six million downloads is number nine on richest African musicians list. He is two studio owner, a member of One Foundation and Plug N. Play ambassador. The  Oleku crowner earns N3 million per show.
Omawunni: This is another talented female singer who entered  into the music  industry through West African Idol. She smiles  home with N3 million per show.
Dare Art Alade: This is a soul singer with unique  touches. The singer earns N3 million per show. He gets most of his shows through the wife who is an  event planner. He is also a compere and he is doing wonderfully well.
Gice: Aside the fact that he is struggling with his carrer, Gice remains  one of the talented musicians  in the industry and can still pull crowd  anytime any day. The talented singer collects N2 million per show.
Naetoc: Funky rapper, Naeto C needs little or no introduction. He has been shown love by  several music lovers  both home and abroad. The talented singer charges N1.5 million.
…culled from Global Excellence Magazine. 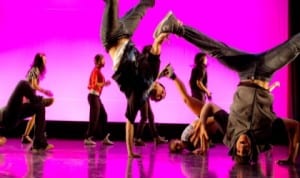