As the burial of ex-Minis
ter of  Information and former Director-General of the National Agency for Food and Drug Administration and Control (NAFDAC), Prof.   Dora Akunyili, draws near, leader of Igbozurume, an Igbo socio-cultural organisation, Chief Cletus Amaraegbu, has charged all Igbo leaders and groups to attend a special night of tribute holding in Abuja on Thursday, July 31, 2014 in honour of the departed former minister.
Amaraegbu, a former Special Adviser on Igbo Affairs to Imo State Governor, Owelle Rochas Okorocha, while addressing newsmen in Owerri, disclosed that the special night of tribute would take place at Agura Hotels, Area 8, Garki, Abuja, by 8pm.
According to Amaraegbu, the historic event was organised by Igbos in Diaspora (Dike Oha Na Mba), in conjunction with the Foundation for the Integration of Igbos in Nigeria, and would hold under the chairmanship of Dr. Chukwuemeka Ezeife, former governor of Anambra State.
Meanwhile, the Appeal court in Enugu last Saturday dismissed all the four appeals against the judgment of Anambra Election Tribunal which upheld the election of Willie Obiano as duly elected governor of Anambra State as declared by the Independent National Electoral Commission (INEC).
The presiding Justice Mohammed Lawal Garba, leading four others, while pronouncing the lead judgement on the appeal filed by All Progressives Congress (APC) governorship candidate, Sen. Chris Ngige, resolved the 11 issues sought against the appellant and subsequently dismissed the appeal for incompetence and lack of merit and awarded N50, 000 cost against the appellant.
On the second appeal filed by the Peoples Democratic Party’s (PDP) candidate, Tony Nwoye against INEC and Governor Willie Obiano, another member of the panel, Justice Ejembi Eko who read the lead judgement, dismissed the appeal for lack of  merit and awarded N50, 000 cost in favour of the respondent.
The third appeal filed by PDP suffered the same fate of dismissal as Justice Akeju I. O in his lead judgement awarded N30, 000 cost against appellant.
On appeal number four filed by Chike Obidigbo of All Progressives Grand Alliance, Justice Tijani Abubakar in his lead judgement dismissed the petition for not being meritorious and awarded N50, 000 cost against the appellant.
The five man panel were unanimous in the four judgements, thereby affirming the ruling of Justice Ishaq Bello led Anambra Election Petition Tribunal, delivered on 24th June, 2014.
In a quick reaction, the National Chairman of APGA, Chief Victor Umeh expressed happiness and praised the judiciary, saying over 95 percent of judicial officers have decided to uphold the principle of the law, which the ruling represents.
“We were not in any doubt that the petitions will be dismissed because our candidate, Chief Willie Obiano won that election with landslide. We also said during the announcement of the result that the election was peaceful and fair,” he said.
While sympathising with the petitioners, he advised them to congratulate Obiano and join hands with him in developing Anambra which he is already doing.
He expressed confidence that the party will still win should the appellants decide to approach Supreme court following favourable judgements by the two lower courts. 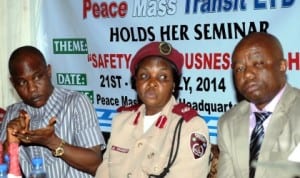