The Institute of Chartered
Accountants on Nigeria (ICAN) said it has begun the construction of lecture theatres in five selected universities in the country to encourage the production of skilled accounting graduates.
In a statement by the institute’s 50th President, Mr Chidi Ajaegbu, on Thursday in Lagos, ICAN listed the  five institutions as the Obafemi Awolowo University (OAU), Ile-Ife and Ahmadu Bello University, Zaria. Others are University of Benin, Benin City, University of Nigeria, Nsukka (UNN) and Kebbi State University of Science and Technology, Birnin Kebbi.
The ICAN president, while laying the foundation stone of the first Lecture Theatre at Obafemi Awolowo University, explained that the project would support the aspirations of the students and create conducive atmosphere for learning in the universities.
“It was also part of the institute’s strategies at strengthening its public interest mandate to encourage the production of highly skilled Accounting graduates,” it said.
The statement said the new project was a step in the Institute’s scheme of development initiatives borne out of its desire to address the problem of poor performance of students. It also said that lack of good tuition, poor and inadequate preparations and dearth of good learning materials as parts of the institute’s motive for the project.
According to the statement, the first outcome of the concerted efforts in addressing the issues were the publication of ICAN Study Packs and creation of the Student,s’ Special Project (SSP).
“The study packs were first developed and solely financed in 2006 by the Institute, and it has been taken to another level through a World Bank sponsored twinning with the Institute of Chartered Accountants in England and Wales (ICAEW). “This has produced world-class learning materials, a new examination structure and syllabus which would take effect from November 2014,” it said
The statement also disclosed that each of the selected institutions would provide a parcel of land on which the Lecture Theatre would be built as the Institute desired to accomplish the project within the next one year.
It said that the Vice-Chancellor of OAU, Prof. Idowu Omole, applauded ICAN’s gesture and noted that it complemented the vision of the Institution.
Omole eulogised ICAN as the foremost professional body in Nigeria when it comes to turning out professional accountants capable of competing with their counterparts anywhere in the world. 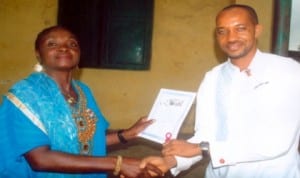