A group, Igbo Leaders of
Thought (ILT) have called for transfer and redeployment of the present set of police commissioners in the five South East States to other parts of the country.
The group said last Tuesday, that the redeployment was necessary in view of alleged shielding of suspected six Boko Haram bombers recently arrested at a church in Owerri by Imo State Police Commissioner, Abdulmajid Ali.
The body further announced that the Obi of Onitsha, Igwe Alfred Achebe, would be working with the five Govemors of the South East to guarantee security of lives and property in Igbo land.
A statement by Deputy Secretary of the Igbo Leaders of Though, Elliot Uko, said members are uncomfortable with the police officers in charge of the South East because Boko Haram have boasted that they would attack the zone.
“With the shielding of the six Boko Haram bombers arrested at the Owerri church by the Imo State Commissioner of Police, we hereby reject the continual occupation of the South East by Hausal/Fulani Muslim Police Commissioners. We hereby demand that the CPs Abubakar Adamu Mohamed of Enugu, U suman Gwari of Anambra, Maigari Dikko of Ebonyi, Abdulmajid Ali of Imo and Adamu Ibrahim of Abia should be immediately juggled and redeployed, as we feel uncomfortable with the officers in charge of the South East as Boko Haram boasts of plans to attack to South. A stitch in time saves nine,” the statement added.
It pleaded with the residents of the South East and South South to remain alert and vigilant “as the news of the infiltration of the region by Boko Haram seems real”.
“Suspicious individuals and packages must be reported promptly to the relevant security agencies.
Finally, the IL T wonders out aloud why all the police commissioners posted to the South East should be Fulani/Muslims.
Are there no police commissioners from the Middle Belt, South or South West that could be posted to the South East?,” they asked.
‘The security committee of the Igbo Leaders of Thought has articulated a security awareness programme which the South East Govemor’s Forum will work with in order to secure Igbo land from Boko Haram insurgents.
“The obi of Onitsha, Igwe Alfred Achebe, and the secretary of the ILT, Prof Elo Amucheazi, will soon liaise with the South East Govemors to fine tune the South East security programme,” the statement said. 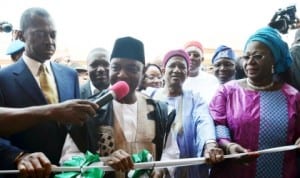