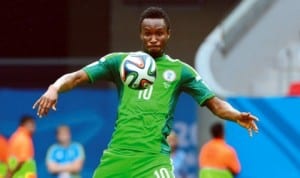 The former Secretary of
Sports Writers Association of Nigeria (SWAN), Rivers State chapter, Jim Dede Opiki, has called for transparency in the Nigeria Football Federation (NFF), so, as to move the game of football forward.
Opiki, who stated this in an interview with Tidesports shortly on arrival from Brazil said that until the NFF, shows transparency in their dealings with their coaches and players, the sport would not grow in the country.
He further said that administrators should show respect to their players by believing in them and not to be self centered, saying that  NFF, should be able to account for funds in its care and players monies.
The former SWAN scribe said that NFF officers should understand that they are there because of the players and not on their own,  adding that without the players, the administrators would not have been in place .
He was of the view that, this set of Eagles players should be encouraged  saying that, the next Nations Cup is drawing close and Nigeria needs a good and standard team such as the current Eagles team on ground.
He used the opportunity to adcise Super Eagles coach, Stephen Keshi, to calm down and accept the offer as to commence preparation for  Nations  Cup,  saying that early preparation is the key to success.
He further commended goal keeper, Vincent Enyeama for his great performance and beautiful saves at the “Brazil 2014 FIFA World Cup.
It would be recalled that Nigeria was in group F, along side Iran, Argentina and Bosnia Herze going and the Eagles crashed out of the competition after losing 2-0 to France in the round of 16.