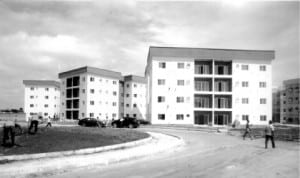 The Bayelsa State Government says it has concluded arrangements to host global business leaders at its maiden investment and economic forum with the theme; ‘unlocking Bayelsa State’s Economic Potentials’ between 16th and 18th of July, 2014.
Disclosing this at a press briefing in Lagos, the State Commissioner of Trade, Industry and Investment, Barrister Kemela Okara, said, the forum is aimed at showcasing the state’s economic potentials to the rest of the World.
The Forum, according to the Commissioner is in line with the present administration’s economic blueprint, which is a private sector driven economy, adding that sizeable number of foreign investors have tapped into this vision.
Aside Oil and Gas, the Commissioner disclosed that the State is blessed with other natural resources that, if properly harnessed, will be of great economic benefit to the would be investors and the government.
According to him, the Forum will focus on Oil and Gas, Agriculture, ICT, Tourism and Hospitality and Power, adding that  these are some of the potentials that the government is ready to showcase to the World.
“We are hoping that this forum will create an opportunity for more investors to come and invest in agriculture, aquaculture and farming, which will expand to agro-allied industries.
“Our expectation is to have potential investors from different parts of the world, within Nigeria and Bayelsans in the diaspora to come and take advantage of the various opportunities that exist.”
In line with the administration’s vision of making the State, the Dubai of Africa, the government has provided enabling environment, which includes; adequate security, infrastructures and the legal framework that will be of economic benefit.
Some of the ongoing projects in the State, which are aimed at providing necessary platform for investors include; the Agge Deep seaport, Cargo Airport, the opening up of the three senatorial districts, the World class diagnostic centre, multi billion naira 5-star hotel and a host of others. These projects, when completed will be of economic benefit to the investors and the State.
On the incentives for the investors, the Commissioner explained that,  the main incentive for investors, is the “free trade zone we are planning to establish. To establish a free trade zone, there will be non application of local taxation”.
Speaking in the same vein, the Director General of the Bayelsa Investment Promotion Agency, Freda Murray-Bruce disclosed, that in the last two and half years, the State has hosted various international events, which is an attestation to the fact that, it is the most peaceful State in the Country.
The Forum, according to her, will feature notable economists cum investors across the globe. This will be an opportunity for the State to showcase its potentials in the following areas; Aquaculture, Technology/infrastructure /ICT and power.