Governor Isa Yuguda of Bauchi State, is yet to declare
his desire to contest the presidency or a senate seat, his spokesman, Malam Danlami Takko, has said.
He said in Bauchi that it had become necessary to clear the air to prevent some people from using the people of the state to heat up the polity.
He said though Yuguda had the leadership qualities to contest for any of the posts, he had never declared his intent to do so.
“Judging by his background, the governor is capable and eligible to contest for the presidency or the senatorial seat come 2015 if he so decides,” he said.

The National Council on Science and Technology
(NCST), has called on Sheda Science and Technology Complex  (SHESTCO) to work with Federal Ministry of Science and Technology (FMST) on projects to accelerate national development.
This is contained in a report of its 12th council meeting made available to journalists on Wednesday at the ongoing 13th Council Meeting in Minna.
SHESTCO should work with the ministry and other stakeholders to regenerate its rice, wheat and cassava projects.
The report stated that the council had proposed the establishment of the Nigerian equivalent of the U.S. Silicon Valley to be called SHESTCO Silicon Valley adding that in pursuit of the goal, the ministry hosted a team of UNESCO officials to partner with it to prepare the feasibility studies for the project.
Kaduna

The National Directorate of Employment (NDE) says it
is committed to the training of Nigerian youths under the National Open Apprenticeship Training (NOAT) programme.
The Kaduna State NDE Coordinator, Alhaji Isa Tandama, said  in Kaduna on Thursday that this was in line with its mandate to create avenues for job creation for unemployed youths.
He said that the programme was part its Vocational Skills Development (VSD) programme which became necessary as the nation’s educational system did not favour technical education.
Tandama said the training was another platform to enhance economic development and empowerment initiative and that the directorate identified this and introduced the scheme from inception to empower youths.

Governor Ibrahim Shema of Katsina State has urged
institutions, communities and individuals to support the government in protecting the environment.
Shema made the call at the inauguration of the Funtua Zonal Forestry Office and tree nursery in Mairuwa Village in Faskari local government area of the state, last Thursday.
Rrepresented by the District Head of Funtua, Alhaji Sambo Idris, he said government needed maximum support from the public, considering its huge investment in annual tree planting.
Kwara

Governor  Abdulfatah Ahmed of Kwara last Wednes
day described the victory of the Governor-Elect of Ekiti, Mr Ayodele Fayose, as a positive development.
Ahmed, who said this last Wednesday in a congratulatory message to the governor-elect, noted that the June 21 election was an indication that democracy was on course.
He said the fact that the election went peacefully and an incumbent was defeated showed that Nigerians cherished democracy, especially when the atmosphere was conducive.
The governor urged the political class to imbibe an enduring lesson from the Ekiti experience that elections could be conducted devoid of hooliganism.
Ahmed also commended the All Progressives Congress candidate, Governor Kayode Fayemi, for his gallantry in defeat and political maturity in accepting the wish of Ekiti people.
Nasarawa

The Nasarawa State Universal Basic Education Board
(SUBEB) last Thursday blamed the deplorable state of infrastructure in public schools on years of neglect of the education sector in the state.
The Executive Chairman of the board, Mallam Abdulkarim Abdullahi,  stated this during the board’s assessment visit to one of the public primary schools in Agyaragu Tofa, Lafia Local Government Area of the state.
He said that the neglect of the education sector in the state was responsible for the high level of infrastructure decay in the public schools across the state.
“Gov. Tanko Al-Makura is doing his best to improve on the standard of education in the state through the building of new schools and the renovation of the existing ones to meet with international standard. “The schools are now wearing a new look and equipped with facilities by the present administration under the leadership of Gov.Al-Makura,”he said.
Osun

The Speaker of Osun State House of Assembly, Mr
Najeem Salaam, last Thursday commended Governor Kayode Fayemi of Ekiti State for displaying the spirit of sportsmanship by accepting the outcome of the June 21 governorship election.
Salaam who gave the commendation at the assembly‘s plenary in Osogbo said Fayemi’s display of maturity had guaranteed a place for him in the future of Ekiti and Nigerian politics.
“It is only the progressives, particularly the APC, that can produce such a fine, disciplined and compassionate mind to admit defeat gallantly in an election Gov. Fayemi’s action has guaranteed a place for him in the future of Ekiti, Yoruba and even Nigerian politics,” he said.
The speaker said the Ekiti people would continue to appreciate Fayemi’s positive contributions to the state.

Chairman, Bodija Corn Millers Association, Bodija Mar
ket, Ibadan, Mr Wasiu Atanda,  has called on Oyo State Government to establish a fire service station inside the market.
Atanda, who  made the call in an interview in Ibadan following the gutting by fire of some shops in the market last Tuesday, said shop owners lost property worth about N23 million in the incident.
The chairman said there was the need for a fire service station within the market to ensure rapid and early intervention of the men of the service during emergency.
“There is a land at a place called Kara within the market where a fire station can be built for the benefit of traders and, even, the people living around the community,’’ he said.
The fire, which started around 4.30 a.m, destroyed shops belonging to the millers, hairdressers, fashion designers and hot drink sellers.
Plateau

The Pentecostal Fellowship of Nigeria (PFN) has kicked
against taxing of churches as proposed by the National Conference Committee on Religion.
The religious body made its position known in Jos at a press conference by the National Vice Chairman of PFN, Rev. Yakubu Pam, shortly after its North-Central zonal meeting.
Pam said that the PFN noted with concern the reported recommendation of the committee on religion that taxes be imposed on religious institutions.
According to the national vice chairman, the meeting deliberated on several issues affecting the nation and advised the politicians to be circumspect in their utterances and conduct while politicking.
Pam, who decried the plight of Nigerians in northern Nigeria, particularly Christians, however called on Nigerians irrespective of their religion or tribe to unite and defeat the enemy.

The Sokoto State Government last Wednesday, ap
proved a contract for the supply of medical equipment and furniture worth more than N216 million for the Wamakko Orthopaedic Hospital.
The Commissioner for Information, Alhaji Danladi Bako, who disclosed this in Sokoto, while briefing newsmen on the outcome of the weekly state executive council meeting said that state of the art equipment would be installed at the hospital to ensure smooth operations.
Bako said that the government would continue to accord priority to the development of the health sector through the provision of basic working facilities, to manage its health institutions.
Yobe

The Yobe State Government says it would remain fo
cused on institutional reforms to strengthen good governance in the state.
Special Adviser to the state governor on Media, Alhaji Abdullahi Bego, in Damaturu, that the government embraced the reforms in spite of security challenges faced by the state.
Bego said the state government had signed a Memorandum of Understanding (MoU) for State Partnership, Accountability, Responsiveness and Capability (SPARC) on June 21 with the United Kingdom Department for International Development (DFID).
He said the state government under the platform of Yobe State Socio Economic Reform Agenda (YOSERA) convened a summit to provide input to facilitate speedy socio-economic transformation of the state.
The special adviser said the reforms had translated in promoting service delivery, accountability, transparency and good governance. 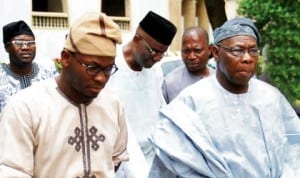