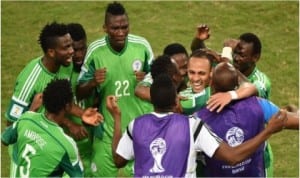 2014 W/Cup: S’Eagles Stake All Against Argentina