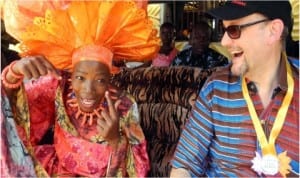 Ekiti Election Will Not Affect APC’s Chances in 2015