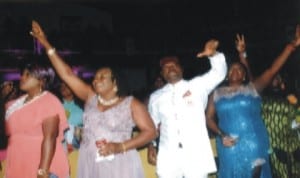 Though the 10th edition of
the Africa Movie Academy Awards (AMAA) held on Saturday, May 24, 2014 at the Gabriel Okara Civic Centre, Yenagoa, Bayelsa State has come and gone with various awards won and lost, the events of the memorable night still echoe loud and clear in the minds of those who were opportuned to witness the continental awards as well as critics of AMAA.
It was indeed a night of glitz, glamour razzmatazz and unadulterated fun. The event paraded a constellation of stars from the African movie industry, showbiz personalities, government officials and distinguished ladies and gentlemen from all walks of life across Africa and beyond.
The event turned out to be unique in various ways from previous ones. In this edition, new award categories were introduced. They include Madeba Achievement Awards for the promotion of the ideas of late Nelson Mandela of South Africa, President Joyce Banda Achievement Award for women empowerment and Jury special prize for short film as well as first time entries from the three African countries like Mauritus, Gabon and Croatia.
South Africa clinched 10 awards at the event which include Award for Best film of Good Report), Award for Best Director, AMAA Award for Best Actor in a leading Role (mothusi magano: of Good Report), Best Actor in a supporting role (Thapelo Mofeken) Best Young/Promising actor and Achievement in screen play as well as Best Child actor.
Others are: Achievement in cinematography (Forgotten Kingdom), Achievement in sound, Achievement in make-up and Best Animation (Kumba).
Nigeria won 8 Awards which include Best actress in supporting role (Patience Ozukwor-After the proposal) Best film in an African Language(B for Boy), Visual effect (A mile from Home), Best Actress in a leading role (Clarion Chukwura-Apaye), Co-Winner in Best Documentary, Bayelsa State Government Best Nigerian Film endowment award (Accident) and President Joyce Banda Award for Film that promotes women empowerment Award.
Others include Jury special prize for short film. While the lifetime Achievement award went to Kenneth Okonkwo. Mali won in the category of Best Documentary with Nigeria, Kenya clinched the awards for achievement in costume design (Nisisi) and the Madeba Awards. Award for Best Diaspora short film went to Bahamas (Passage).
While Ghana won in Editing (Potomanto), Achievement in production design (A Northern Affair) with Mauritius as winner in first feature film by a director, among others.
The led carpet which commenced at 7.00pm with all the rituals duely observed was indeed a constellation of gorgeously dressed stars from all parts of Africa.
The Bayelsa State Government officials were led by Air Vice Marshal Gboribiogha John Jonah (Rtd). The Bayelsa State deputy governor who represented the state governor, Hon Henry Seriake Dickson, he also read the governors keynote address.
Others include Mrs Ebizi Ndioma Brown, DG Bayelsa State Tourism board among others as well as the founder of AMAA Mrs Peace Aniyam Osigwe who announced her decision to step aside as the Chief Executive Officer (CEO) of AMAA to assume the office of founder and executive chairman of AMAA to enable her concentrate more on creative endeavours for the organization.
Mrs Anyam Osigwe who announced this in her welcome address seized the opportunity to eulogise some of her departed colleagues in the make believe industry who include Amaka Igwe, Justus Esiri, Enebeli Elebuwa, Sam Loco Efe, J.T. Tom West, Ashley Nwosu and Pete Eneh.
The large audience that attended the event were thrilled by entertainers including top Naija artistes, comedians and professional dancers. Among the artistes were Bayelsa State born Gospel artiste Timi Dakolo, Edge, J. Martins and flavor, while the stand up comedians that thrilled the crowd with their hilarious jokes include Stanley Chibunneaka Funny Bone and MC Aproko among others.
Meanwhile, a critic of the AMAA Awards, Pastor Bannerman Embiowei has condemned the awards. In a recent report made available to The Tide Entertainment, he noted that “the unholy marriage between the Bayelsa State Government and AMMA is now given a lot of Bayelsans some concerns.”
According to him, the Bayelsa State Government has been hosting the AMAA awards for the past 10 years.
He observed that the hosting started since the tenure of the former governor, Alameiseigha who handed over to Goodluck Jonathan, then Timipre Sylva and now Seriake Dickson. He noted that Bayelsans are not known for film production or acting, while states like Anambra, Enugu, Imo and Abia who are the major stakeholders of the Nollywood empire have never hosted the AMAA even for once.
He stressed that about N200,000.000 (two hundred million naira) was raised by the state government from different sponsors who donated money which was used to host the AMAA award this year, but AMAA does not have a single office space in Yenagoa and had never tried to help train youths of Bayelsa to become actors and actresses. So, after raising over two hundred million naira to host AMAA, what next? He asked. According to him the hosting of AMAA is a misplacement of priority, he said if the state government must host AMAA, it must have infrastructure that will help to train youths of the state, roaming the streets on film making music and other areas related to Nollyhood as well as address other areas crying for attention like the peace park.
He maintained that Bayelsa State should not be seen as a state that hosts all kinds of event that has no meaning to Bayelsans, Bayelsans money should not be wasted on frivolities he stressed.