A Lagos State
Coroner’s Court which investigated the June 3, 2012, Dana plane crash last Tuesday concluded hearing but did not give a definite verdict on the cause of the crash.
The Coroner, Mr Oyetade Komolafe, said that he could not give a verdict on the crash due to the absence of the Accident Investigation Bureau (AIB) report.
Komolafe said that the testimony of the pathologist, Prof. John Obafunwa, however, showed that 153 passengers died in the crash which occurred at Iju-Ishaga area of Lagos.
“The causes of death listed included severe burns, multiple injuries, blunt force trauma, hypertension, suspected carbon monoxide poisoning, asphyxia and severe cerebral injuries,” he said.
The coroner also noted that the bodies of both the pilot and co-pilot could not be identified to ascertain whether they were under the influence of alcohol.
Komolafe made some recommendations for effective management of emergencies in the country.
He recommended establishment of a national body for body handlers and retrievers.
He said: “There is an urgent need for establishment of a forensic science laboratory in each geopolitical zone and any state that can have such.
“There is also the need for enactment of a national Coroner’s Act and provision of fire services in each local government area of the federation.’’
Other recommendations by the coroner include provision of equipment for all emergency agencies and establishment of a radio unit service in all emergency units.
He also called for inter-agency cooperation among all agencies handling emergencies.
Our correspondent reports that the inquest was instituted following a petition made by a Lagos-based law firm, Falana and Falana Chamber.
The inquest commenced on June 18, 2012, but was halted three months later after a group filed a suit at the Federal High Court in Lagos challenging the jurisdiction of the coroner.
It, however, resumed proceedings after the suit was dismissed for lacking merit.
A total of 17 witnesses, including security agencies, emergency agencies, representatives of the airline and other governmental agencies, testified during the inquest. 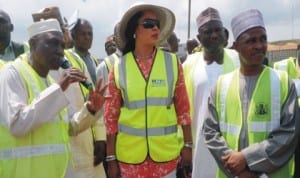