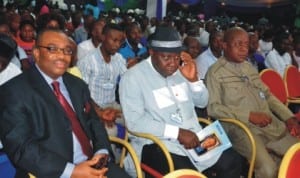 Democracy At 15: The Journey So Far

Amaechi: Celebrating An Enigma At 49