Oboburu Community in
Egi, Ogba/Egbema/Ndoni Local Government Area of Rivers State was in a jubilant mood last Sunday following the coronation and formal introduction of a pastor, Azubuike Odum, as the new Ochioha, Paramount Ruler of the community and member, Egi Clan Council of  Traditional Rulers, Chiefs and Elders.
Odum, a Pastor of the Christ the Rock Bible Church, was coronated with the title, Ochioha II, as a successor to his late father, HRH, Eze Sunday Odum.
Receiving the new Paramount Ruler as a member of the Egi Council of Traditional Rulers, at his palace during his formal presentation by the royal family, the Egi Monarch, HRM Eze Dr, Kingdom Elenwo, JP, congratulated and called on the people of Oboburu community to support him in his royal duties.
Eze Elenwa who is the Eze Egi of Ogbaland, also stated that the choice of the new Ochioha, met the traditional requirement of the norms and customs of Egi land, and lauded the custodians of tradition, the Umuodua family for observing the traditions of Egi land.
Eze Elenwa also restated the need for peaceful co-existence in Oboburu and the entire Egi Kingdom.
In his remark, the new Ochioha, HRH, Eze Azuibuike Odum, thanked the people of the community for giving him the mandate to serve as the new paramount ruler.
Commenting on how to combine his role as Traditional Ruler aside a pastor, he said the development would ensure a synergy between royalty and pastoral duties, and usher a new era of development in the community.
The new Paramount Ruler, assured that he would lead the people with the fear of God by running a consultative and all inclusive administration.
Some youths of the community who spoke with our correspondent expressed joy over the choice of the new royal father, describing him as a Godfearing and trustworthy person. 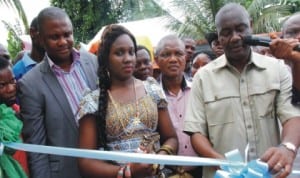