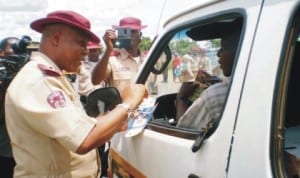 The Minister of Agriculture and Rural Development, Dr Akinwumi Adesina, said on Tuesday that the Federal Government facilitated the production of 15 million tonnes of additional food between 2011 and 2013.
Adesina, who said this in an interview with the newsmen in Abuja on Tuesday, spoke against the background of the ongoing Agricultural Transformation Agenda (ATA) and the forthcoming World Hunger Day celebration.
He said that the food items produced during the period under review included rice, cassava and maize.
He explained that through the Growth Enhancement Support (GES) scheme, the flagship programme of the ATA, the Federal Government had instituted a reliable strategy that would eventually eliminate hunger in the country.
Newsmen reports that the GES scheme is a programme through which the Federal Government distributes farm inputs such as seeds and fertiliser to farmers via their mobile phones.
The programme is being expanded to include insurance, loan facility and access to heavy farm machinery such as tractors and harvesters, among others.
Adesina said the country was producing more food today than ever before, adding that in no distant time, there would not be hunger among the nation’s citizens.
He recalled how in 2013, the UN Food and Agricultural Organisation recognised Nigeria among nations that had met the Millennium Development Goal one on reducing hunger and poverty by half.
Adesina also recalled that in 1990, 19.3 per cent of the nation’s population suffered from hunger, adding that the figure dropped to 8.5 per cent at the end of last year.

He attributed the fall in inflation rate in the country to  the high rate of food production.
“The strategy we have is working; we are producing more food; our farmers are very happy and our rural areas are been revived; we shall continue to do more.’’
The minister reiterated the Federal Government’s commitment to banish hunger in the country in the shortest possible time, stressing that combating hunger was fundamental to the government’s programmes.

NAN reports that World Hunger Day is about raising awareness and celebrating the achievements of millions of people who are already ending their own hunger and meeting their basic needs.
World Hunger Day seeks to inspire people in both the developed and developing worlds to show their solidarity and support to enable many more to end their own hunger and poverty and make the journey to self-reliance.
Additionally, we hope that World Hunger Day, will encourage even more organisations to work in partnership with each other and with the women, men and children in the developing world who seek to bring about a sustainable end to their own hunger and poverty
The celebration is aimed at sensitising the general public on the effects of hunger and awaken governments and relevant organisations around the world to the need to fight the menace.

N’Delta Youth Get Another Chance To Own Businesses