Local Government Chairmen in Rivers State under the aegis of the Association of Local Governments of Nigeria (ALGON) have protested the abduction of the Chairman of Ahoada West Local Government Area, Barrister Awori Miller by suspected kidnappers.
Barrister Miller was allegedly kidnapped last Saturday by unknown gunmen at a car wash along Ada-George Road, Port Harcourt.
Until now, the kidnappers are yet to establish contact with the family.
Briefing newsmen, shortly after leading other council Chairmen in a protest to the office of Director of the State Security Service (SSS) and the Commissioner of Police, the Mayor of Port Harcourt City, Hon. Chimbiko Akarolo, urged the abductors to ensure an unconditional release of the Ahoada West Council Chairman.
Akarolo also called on well-meaning individuals to assist the Police in ensuring the early release of the abducted Chairman.
He said that the association was ready to collaborate with the security agencies to ensure the early and unconditional release of their member.
The Mayor, who is the Chairman of ALGON in the State, also lamented the increasing insecurity in the country, stressing that the kidnap of the council Chairman was an indication that the common man has no hope as far as security was concerned.
He, however, said that the Police Commissioner has assured the association that the perpetrators would be fished out.
The association’s Chairman used the occasion to advise Council Chairmen in the state to be extra security conscious as they have now become the target of kidnappers.
Meanwhile, four days after the incident, the whereabouts of the Council Chairman is still unknown.
Family sources told The Tide that, the kidnappers were yet to establish contact with the family.
The Press Secretary to the Council, Mr. Anume also debunked allegations that the Council Chairman was kidnapped in a hotel room on Ada-George Road in Port Harcourt.
The Acting Spokesperson of the Police Command, DSP Grace Iringe-Koko who disclosed this in a telephone interview with The Tide, yesterday added that the Command was yet to get any information on the whereabouts of the abductors and their victim.
According to her, the chairman’s abductors have failed to make any contact with his relations, assuring that the Command was on top of the situation to secure his release.
“My brother, the people have not made any contact, no discussion from the abductors to the relatives”, she stated.
It would be recalled that the Chairman of Ahoada West Local Government Area of the State, Mr. Awori Miller was kidnapped by unknown gunmen and taken to an unknown destination around 10pm on Saturday from a hotel on Ada-George Road, Port Harcourt.
Miller was until his abduction serving his second tenure as Local government Chairman, and also a strong member of the  APC.
All Progressives Congress (APC) in Ahoada West Local government Area of the state.
The Chairman is also a strong loyalist and avowed supporters of the Rivers State Governor, Chibuike Amaechi. 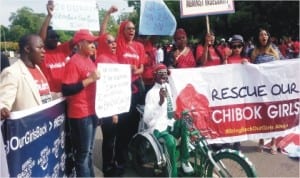