Premier League favourites Manchester City is not getting carried away with possible League glory as they prepare to face mid-table Aston Villa tonight.
The Citizens are now in the pound seat to take this year’s title after Liverpool’s 3-3 draw with Crystal Palace on Monday, yet coach Manuel Pellegrini insists his side are merely focused on winning their next encounter.
“We have to win the game against Aston Villa; then at the end of the week, we will see which team has more points,” the Chilean told a press conference ahead of today’s match-up.
“We will prepare exactly the same as we have done in all the games during the year. The next game is always the most important.
“It is a difficult game because all the teams are under pressure. A lot of people said Everton were not going to win because they didn’t want Liverpool to win the title but we had a very tough game against them.”
When asked if he watched Liverpool’s draw at Selhurst Park, Pellegrini replied,”No, I didn’t.
“It is just one result and it is very difficult to win games in the Premier League. You cannot be sure you are winning until the end. Crystal Palace are a good team in a good moment.
“Crystal Palace did not have anything to fight for but they were very strong.
“I am sure Aston Villa will be a difficult team for us but I hope that if we play at home as we have done so far, we can win.”
The manager then thanked the Etihad faithful for their continual support, and hopes his side will be able to lift the League trophy for their vocal supporters.
“It is very important that the supporters have always believed in what we are doing,” he said.
“At the beginning of the season, we didn’t play well away from home but they are always behind the team and always supporting.
“Of course, if we win the Premier League, it will be very important for all of them. It is not easy to win two titles in three seasons but I hope we can do it because the fans deserve it.”
Meanwhile, Paul Lambert has vowed that Aston Villa will attack Manchester City when they meet at the Etihad Stadium tonight.
City will take a two-point lead at the top of the table if they win today’s game in hand against Villa.
Manuel Pellegrini’s side have only suffered one home defeat in the top flight this season, but Lambert is plotting to produce another twist in the title race as his side attempt to build on a 3-1 win over Hull City that ensured they are now safe.
“We’re not going there just to make up the numbers, we’re going there to try to win,” said the Scot. 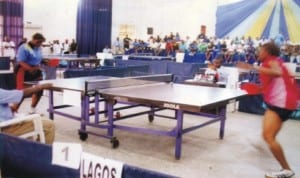