As the six-month service
contracts signed between power generating (GENCOs) and Distribution Companies (DISCOs) with their inherited staff from the defunct Power Holding Company  of Nigeria (PHCN) expired last week, some of the companies have sacked workers whose performances did not meet expected standards.
The Tide investigation indicates that most of the power firms have withdrawn the identification cards of  the affected staff which signified that their services have been withdrawn.
This development which had for the past two months been the biggest fear of the inherited PHCN workers has become real, after all.
The Tide gathered that the sack of these workers has elicited divergent reactions from those directly affected, resulting also in series of meetings by electricity unions as they view the development as being inimical to the welfare of their members.
At Enugu Electricity Distribution Company (ENEDC), the comprehensive list of affected staff had been made public, while in Owerri Business Unit, the inaction of management of the firm is creating serious suspense on the staff as they wait helplessly for their fate which now hangs in the balance.
However, at the Port Harcourt Electricity Distribution Company (PHEDC), authorities of the firm have clearly announced an extention of the contract by one month, meaning that the contract now expires at the end of this month (May).
In an exclusive interview with The Tide, the Assistant General Manager Public Affairs of  PHEDC, Mr Obi Onuwah ,  said no staff’s identification card had been withdrawn as the company has graciously extended service contract by one month.
“So far, no identification card of any of our workers has been withdrawn. What the company had rather done was to extend the six-month service contract of staff by one month, which now means that the contract will terminate by May,” Onuwah said.
Similarly, Kano Electricity Distribution Company (KEDCO) has also announced an extention of its workers’ service contract by two months, meaning that the doom’s day begins by the end of June 2014.
The Assistant General Manager, Public Affairs of KEDCO, Alhaji Mukhtar Usman, said the company had also engaged a consultant to process the recruitment of new staff of all cadres within the two month’s grace.
“Management had extended staff stay instead of laying them off by the end of this month in accordance with the agreement signed while taking over in November last year,” Usman said.
According to him, the extention was to allow for a smooth transition in management, as he also promised that a transparent procedure was being adopted to bring new staff on board.
“Some of the staff wishing to continue working with KEDCO has also indicated interest through the consultants engaged to conduct recruitment”, he said.
One of the labour union leaders authoritatively told our correspondent that about 60 per cent of the GENCOS and DISCOs in the country have called for withdrawal of  affected staff ID card, 20 per cent has not taken action so far, while 20 per cent had decided to extended the contract as a ploy to study the reactions of the workers union to the emerging scenario. 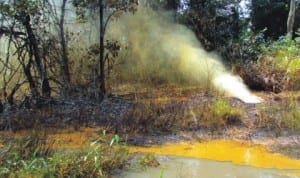