Stakeholders in the labour sec
tor have called for the enforcement of the 10 years imprisonment for pension fund thieves as recommended in the new Pension Bill passed by the Senate.
In an interview with newsmen in Abuja on Tuesday, some of the stakeholders said sending pension fund thieves to prison was long overdue.
The National President of Trade Union Congress (TUC), Malam Bobboi Kaigama, said that pensioners in the country were always passing through a lot of hardships.
He expressed regrets that pensioners, who had served the nation for many years, had little or no resources to take care of their daily needs.
Kaigama said that the punishment could even be more biting, considering the sufferings the pensioners passed through.
“ It is only in this country that you see old men and women waiting in line for verification, yet they go home empty handed or probably fall and die on queue.
“It is only in Nigeria that you will hear cases of non-payment of entitlements, omission of pensioners’ names from payroll and under-payment of pensioners.
“You need to see the pitiful sight of some of these pensioners who daily suffer from either delay in pension payment, non-payment of arrears or gratuities.
“ So, tell me how this punishment can be equated to their pains but we still thank the Senate for the bold move,’’ Kaigama said.
Similarly, Mr Ibrahim Khaleel, the President, National Union of Local Government Employees (NULGE), expressed the hope that the new bill would turn around the administration of pension system in the country.
“It is a welcome development and l have a strong conviction that the issue of corruption in pension system will be resolved.
“I know that until a serious sanction is issued on corrupt officers in Nigeria, this country will not be where it should be.
“To us in NULGE, if the law will say more than this punishment, we are comfortable with it.
“This development is a great one and NULGE is happy because it is a right step in the right direction,’’ Khaleel said.
He appealed to President Goodluck Jonathan to sign the bill into law so that it could be enforced.
In his comments, Mr Sunday Alhassan, the President, National Union of Postal and Telecommunications Employees (NUPTE), said the union was happy with the decision of the Senate.
He expressed fear that the bill might not see the light of the day if the president did not sign it.
“In other parts of the world, workers usually look forward to their retirement benefits but the opposite is the case in Nigeria as workers usually dread retirement.
“‘Most cases, some civil servants usually falsify their ages to stay longer in service as life after retirement is not something to look forward to.
“Pension fund administration has been rocked with fraud and embezzlement of funds in recent times in this country, and the only thing that can save it is drastic action from to the authorities,’’ Alhassan said.
The Tide reports that the Senate on April 9 endorsed a 10-year jail for anybody convicted of stealing or misappropriating pension funds, apart from refunding three times higher the amount embezzled.
The Act also imposed a N10 million fine on any pension fund administrator who failed to meet the obligations of the contributors, while each of the directors of the firm would pay N5 million each as fines.
The Senate, after an exhaustive debate on the bill at its Committee of the Whole House, voted for its passage and urged President Jonathan to sign it as soon as possible.
However, if President Jonathan signs the bill, the Pension Reform Act 2004 is automatically repealed. 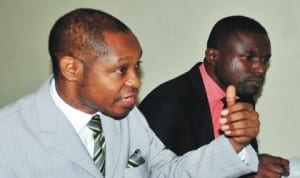