About 55 eminent Nigerians, including senior lawyers and politicians have asked President Goodluck Jonathan to sack the Minister of the Interior, Comrade Abba Moro and the Controller–General of Immigration, David Shikfu Parradang over Saturday’s death of some job seekers across the country.
About 19 people were reported dead across the country during a recruitment exercise by the Nigerian Immigration Service (NIS).
In a statement issued yesterday by the Chairman, National Human Rights Commission (NHRC), Dr Chidi Odinkalu, but jointly signed by the 55 eminent Nigerians, they blamed Moro and Parradang for the shoddy handling of the exercise.
They urged the Attorney-General of the Federation, Mohammed Adoke and the Inspector-General of Police together with the Director-General of State Security Service to launch a joint criminal investigation into the deaths of the job seekers.
They faulted the minister’s reaction to the incident, arguing that he ought to sympathise with the families of the deceased rather than blame them for the unfortunate incident.
The statement reads: “On Saturday, 15 March, 2014, hundreds of thousands of job-seekers attended job-seeking examinations organised by the Nigeria Immigration Service (NIS) in different centres in Nigeria to fill 4,556 vacancies. The NIS is supervised by the Ministry of the Interior.
“The ministry and the NIS had compelled each job seeker, as an eligibility condition for participating in this hire process, to pay the sum of N1,000. There is no evidence that these sums were remitted to the Federation Account as required by law.
“In most places, these job-seeking examinations took place in stadia, suggesting that the organisers anticipated large turn outs. Inexplicably, they failed to make adequate or any arrangements for crowd management and control.
“At different centres around the country, including Abuja, Benin, Kano, Minna, and Port-Harcourt, many job-seekers, including pregnant mothers, were killed and lots more were injured in stampedes caused by grossly negligent and uncaring ground arrangements.
“This tragedy was needless, foreseeable, and avoidable. The failures of the Ministry of the Interior and NIS to adequately manage the process and safeguard the safety and security of the jobseekers is inexcusable.
“The deaths that resulted from these failures, therefore, were unlawful. If the lives of Nigerians mean anything, the leadership and management teams in the Ministry of the Interior and the NIS must be held to account for these deaths.
“In his reaction to the deaths, Minister of the Interior, Comrade Abba Moro, accused the victims of ‘impatience,’ claiming that the deaths resulted because ‘they did not follow the laid down procedures spelt out to them before the exercise.’
“The effort by the Minister responsible for citizenship in Nigeria to blame the victims rather than take responsibility shows a callous disregard for the lives of Nigerians incompatible with his high Ministerial brief. It brings public service into disrepute.
“In the circumstances, we the undersigned, as citizens of Nigeria, respectfully demand that the Minister of the Interior, Comrade Abba Moro; and the Controller–General of Immigration, Mr. David Shikfu Parradang, be immediately relieved of their positions.
“We also demand that the Honorable Attorney-General of the Federation and the Inspector-General of Police together with the Director-General of State Security, should launch a joint criminal investigation into the deaths of these jobseekers;
“We further ask that an independent audit should immediately be instituted into the monies made by the Ministry and the NIS from the jobseekers and criminal investigations should be commenced as appropriate;
Government should demonstrate a readiness to address the problem of youth unemployment as a national security priority through a partnership involving the agricultural sector, public sector, private sector, voluntary sector, and multi-laterals.
“To the families across the country bereaved as a result of these and other on going challenges in our country, we take this opportunity to transmit heartfelt condolences and pray for the peaceful repose of the souls of our deceased brothers and sisters.”
The statement was signed by 54 eminent Nigerians including Alhaji Bashir Othman Tofa, Dr. Ayesha Imam, Dr. Jibrin Ibrahim, Dr. Ishiyaku Mohammed, Dr. Chidi Anselm Odinkalu, Mr. Olusegun Adeniyi  Dr. Hussaini Abdu and Ayo Obe. 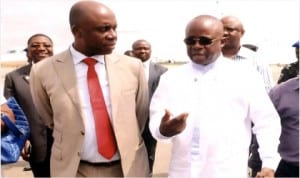