The Federal Government may be suffering a major revenue leakage as it loses close to N8 billion monthly to smugglers at the land border of Idiroko in Ogun State.
The Tide investigation revealed that the revenue leakage became obvious owing to smugglers who took undue advantage of the ECOWAS Trade Liberalisation Scheme, which was adopted to facilitate trade within West African sub-region.
Impeccable sources further hinted The Tide that the ECOWAS Scheme opened up opportunities for smugglers to bring in all sorts of dutiable goods under the guise of goods exempted under the scheme, thereby denying the government huge sums of money put at about N8 billion.
Other factors that militated against decreased revenue generation, our sources said, include bringing outright contraband goods, false declaration of imports, concealment of contraband goods, non CRI goods and wrong tariff classification resulting into serious under payments.
Also found to have hindered revenue increase include, use of temporary importation to bring in dutiable goods, use of exception certificate to clear dutiable goods, cargo transfer on bond to private bonded warehouses, cargo diversion and recycling of CRIs and single goods declaration forms to clear goods.
The rest are, use of fake or false documents to clear goods, uncustoms cargo transfer and collusion with the security agents at the borders.
Lamenting the effect of smuggling on the national economy, the President of the National Association of Non Metallic Products Employers Federation (CANMPEF), Mr Devakumar Edwin said the increasing wave of smuggling into the country now ranked number one among the challenges facing the country’s local industries, stressing that “If the trend was not checked in the it may ground the operation of many local industries that have been trying to survive the harsh economic situation.”
CANMPEF also called on the Federal Government to shut the nation’s border with Benin Republic at Seme and Idiroko where the trend has become worrisome as a way of sending a strong message to leaders in the neigbhouring countries that Nigeria would not tolerate the use of any countries as an outpost to sabotage its economy.
Other stakeholders who spoke with our correspondent posited that smuggling across Idiroko border had caused dumping of all sorts of goods that are not even needed, thereby preventing local industries from being functional and viable as prices of smuggled goods are cheaper and more competitive. 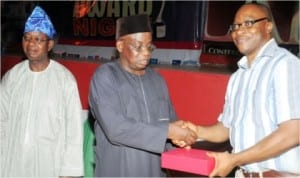