A total of 70 new primary
health centres are due to be handed over to 70 communities in Rivers State in 70 days.
The state Commissioner for Health, Dr. Sampson Tamunoiyoriari Parker, revealed this at a press briefing in his office last week.
Parker said the move was to further strengthen the health sector and the free medical scheme of the government, while expressed hope that the facilities will be put to good  use.
He stated that Amaechi administration has spent N60 billion on health matters since inception and wondered  why the people of the state will not take full advantage of the administration’s  good gesture.
He attributed the strike  action embanked  upon by the Resident Doctors Association of Braithwatte Memorial Specialist Hospital (BMSH), to delay in payment of free medical bills, to which he said, N1 billion has been released.
He lamented the refusal to contribute  the social services levy which he said would have been a source  of fund for  the free  medical scheme.
He said, “we don’t want to contribute to  the social  services levy. Some people stopped it by a court action” adding that the free medical scheme was ran by revolving funds”, and appealed for understanding and support.
Parker said there had been hitches trailing the free medical scheme, and explained that government   was determined to continue with it.
According to him, “we have continued with it because of security challenges. It is another way to curb criminality, take off the burden of health challenges on our people, it is a means of empowerment to the people and for effective productivity”.
Listing some of the achievement  of his  administration since  the inception, he said  the state Ministry  of Health has achieved  100  per cent  immunisation coverage, which  he said has resulted in a drastic reduction of infant and maternal mortality, increased access to medicare, improved infrastructure and enhanced man power in the  state- owned health institution. 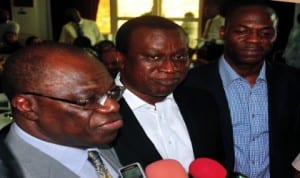 Dr Solomon Chollom, Jos-based virologist, has called for the upgrade of the new malaria vaccine to what he called a “pan-malarial vaccine.”
Chollom explained that the “pan-malarial vaccine”  is a vaccine that would confer protection against more than one strain of Plasmodium which would take care of all the species of Plasmodium that are responsible for malaria fever globally.
Dr Chollom, who is also the spokesman of the Plateau Inter-professional Health Committee on COVID-19 Response, made the call in an interview with on Tuesday in Jos.
He said that the recently approved malaria vaccine, RTS, S by the World Health Organisation (WHO) which is also called Mosquirix, was worth celebrating.
He, however, said that the new vaccine, though safe and efficacious, could not be completely relied upon to treat malaria because it was only efficacious against Plasmodium Falciparium, which was just one of the four species of Plasmodium responsible for malaria.
“The vaccine cannot be completely relied upon to eradicate malaria globally since it confers protection against just one of the four species of Plasmodium responsible for malaria fever globally.
“It is then pertinent for the upgrade of the vaccine to a “pan-malarial vaccine” that would confer protection against all species of Plasmodium responsible for malaria fever globally.
“When this is done, we will be looking forward to the eradication of malaria and not merely scaling down on the global burden,” the virologist said.
According to him, upgrading the vaccine to a “pan-malarial vaccine” is better and shorter because mosquirix is only a subunit, not a whole vaccine.
“This way, the antigenic units of other species of Plasmodium not captured in the present formula could be processed to enrich the formula for more effective immune response against all malaria-causing species and strains of Plasmodium,” he said.
He further said that based on the information released on the new vaccine’s clinical trials, which indicates a 77 per cent efficacy, it means that it is above the threshold of 75 per cent.
This, he said, implied that the product was well formulated with good prospects.
Chollom said that since the vaccine was highly recommended for children, there was need to recalibrate the formula to scale down on the number of shots needed to achieve maximum immune response.
“At the moment, children must take four shots of the vaccine, which is cumbersome and could create attrition and dropout as children are known to have phobia for injections,” he added.

Erectile dysfunction, also known as impotence, is a condition where a man can’t achieve or maintain an erection during intercourse. One in every five men have the problem of weak erection from the age of 40 and above. This problem affects nearly 30 million men in the United States and can be caused by both physical and psychological factors. There are many medications on the market for erectile dysfunction (ED), but a lot of guys prefer the natural route. Fortunately, there are several creative ways to tackle this challenge with low cost, naturally simple effort.

The newly elected President of the World Medical Association (WMA), Dr Osahon Enabulele, has stressed the need for Nigeria and other African countries to accord priority to their health sector to enable them compete globally.
He stated this on Sunday at the Benin Airport where he was received by his colleagues, friends and family members following his election as the president of the global medical association.
He also said that there was need for the government to understand the role of medical practitioners so as to avert incessant strikes in the country.
Enabulele also lamented that a Nigerian was becoming the president of the WMA for the first time since it was formed 74 years ago.
“It is amazing that for the most populous country in Africa this is the first time it has happened since 1947.
“It shows that a lot still needs to be done to influence that global space. So, I want to thank everybody who prayed for this and worked with me on this journey.
“I am excited, I am encouraged and determined more than ever before to commit myself to further contributions to influence the global space for the benefit of Africa and Nigeria.
“It is a very dazzling opportunity not only to us in Nigeria, but indeed to Africa, to tell the world that we are no less than those in other spaces.
“I think that is where the synergy has to come in and I want to, therefore, appreciate the felicitations of the federal government of Nigeria and of course the Edo State, and Delta State governments and traditional rulers, including the Sultan of Sokoto.”
Speaking on incessant strikes by medical doctors, he said: “It takes two to tango, solutions have always been proffered on how to stem the spate of industrial actions in the country’s health sector.
“What we seek to do is to get some reasonable understanding, particularly by the employers of labour, towards ensuring that those basic demands are not seen as extra-ordinary or as things that ordinarily.
“As stated by Hippocrates in his original constriction of the Hippocratic oath that they would do everything to ensure that there is uninterrupted service delivery in our various respective workplaces.
“So, it is for us to be able create that understanding that health is wealth, that health is productivity, that health is security and health is needed towards ensuring that human capital development is ensured.
“What we see across Africa and indeed in Nigeria, is that perhaps some of our political leaders are yet to understand the nexus and that is the education we have been doing over the years.
“Outside the country for instance, a lot of leaders see it as an issue even for political contests”, the WMA president said.