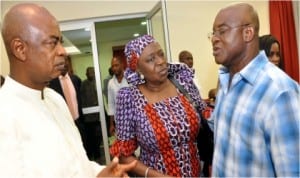 2015: Governorship Not For Ikwerres Again -Amaechi