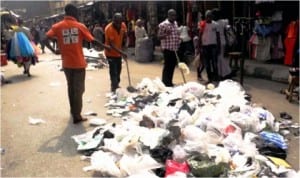 The National Insurance Commission (NAICOM) said on Saturday that its complaint bureau resolved 61 disputes and facilitated the payment of N2.2 billion claims in 2013.

The Head, Corporate Affairs of NAICOM, Mr Salami Rasaaq, said this in a statement made available to newsmen in Lagos.

According to him, this is in realisation of the commission’s continued effort at ensuring the protection of policy holders and insurance consumers over settlement of genuine insurance claims.

“The commission received a total of 193 complaints from insuring public, insurance companies, insurance intermediaries and legal practitioners in 2013.

“Out of this figure, 61 complaints were successfully resolved in 2013 through correspondence, adjudication meetings and direct contact with the insurance companies.

“The settled cases amounted to N2, 236 million, while the remaining 132 complaints are at various stages of settlement with some nearing closure,” he said.

Rassaq said that through the adjudication meetings, 15 cases were settled while one case was under subjudice.

He said that some of the claims and disputes settled were on Group Life, Fire, and non-payment of brokers’ commission, motor vehicles, maturity benefits, Life policy, aviation, burglary and theft.