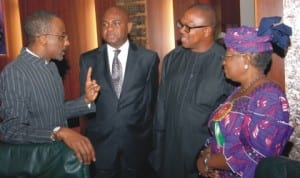 Passengers travelling out of Lagos State to parts of Western and Eastern Nigeria for the Christmas and New Year celebrations have been groaning, following the exorbitant fares charged by transport operators.

Some of the passengers who spoke with The Tide source in separate interviews, described the transport operators as ‘inhuman’ and ‘wicked’.

According to them, the attitude of raising fares during the Christmas was a sin of greed, extortion and covetousness, which God frowns at.

Reporters’ visits to Iyana-Ipaja, Oshodi, Ojota and Jibowu Motor Parks showed that many passengers were stranded following the exorbitant fares they never prepared for.

Joy Chukwu, a Benin-bound passenger, who said that the fare rose from N1,700 to N3,050, expressed sadness over the hike, which she described ‘ruthless’.

“I really felt bad about this excessive increase, of course, this is the festive period but the gap is abnormal,” Chukwu told newsmen.

Another Port Harcourt-bound lady, Miss Angela Oshie, who lamented over the inflation of fares, said that the fare rose from N3,200 to N7,000.

An Ado-Ekiti bound traveller, Mr Ola Ibitoye, who told reporters that the fare rose from N1,800 to N2,500, said it was outrageous.

“It is not easy at all, this is a gross extortion and God is not happy about it. We should not be extorting ourselves.

“Why should there be this kind of increase? Is Christmas not like any other day?” he asked.

Mr Ige Akinwumi, an Abakaliki-bound traveller, who said that the fare rose from N2,000 to N4,500, lamented over the increase, saying that drivers were greedy.

“No greedy man or woman will have enough; it is the blessing of the Lord that makes one rich, without adding sorrow, so they must know that they need to stop oppressing their fellow men.

Mrs Christiana Ikedi, a Warri-bound traveller, who noted that the fares rose from N2,000 to N4,000, said that the excessive fares would not bring any additional fortune to the transport operators.

“This cannot make drivers become rich overnight; it is not good at all, it is an oppression and man’s inhumanity to man,” Ikedi said. An Abuja-bound traveller, Miss Tracy Okeke, who said that the fare rose from N4,500 to N6,550, described it as outrageous.

“This is very embarrassing from our own people; the drivers don’t even consider that some of these buses belong to government.

The Tide source reports that fares from Lagos to Owerri, Abia, Enugu, and other eastern states rose from N3,500 to N6,500 at major parks in Lagos.

It was learnt that the transport fares in most of the motor parks across the state have gone up by more than 100 per cent because of the mass movement of passengers to other parts of the country for the festivities.

Reporters says that transport fares to Eastern Nigeria which were between N2, 500 and N3, 000 before the Christmas season, have increased to N6,000 and N7, 000.

Few of the transporters who spoke to reporters attributed the general fare increase to patronage and shortage of buses, as well as bad roads.

According to them, most of the drivers have to return to Lagos empty, without carrying passengers, because of the exodus out of Lagos.