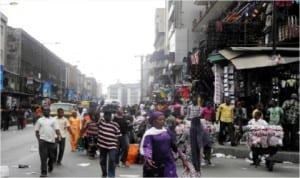 Every two seconds, somewhere across China a customer takes delivery of a new car, part of a consumer buying blitz that will see China add 21 million new cars, trucks and buses to its fleet total in 2014.

Short of a catastrophic economic downturn, a government edict against new car ownership, or draconian traffic congestion charges, a continuation of that growth rate means China will likely have a bigger motor vehicle fleet than the United States by 2020, the CNN reports.

Indeed, the combination of a low vehicle penetration rate, only 85 vehicles for every 1,000 people in China, compared with more than 800 per 1,000 in the US, and the consumer aspirations of high-income, urbanised households across China almost guarantees it.

As many as five million of the 260 million-plus vehicles on Chinese roads in 2020 will be plug-in hybrids or battery electric vehicles, while others will use fuel cells. Many of the country’s taxis, trucks and buses will run on compressed natural gas. There will be multiple fuel-saving aids and financial incentives.

But overwhelmingly, passenger cars will still run on gasoline and diesel fuel, which is why Chinese demand for petroleum is the key factor in the global energy outlook for 2014 and beyond.

China is already the world’s biggest energy consumer and must import 60% of the crude oil it needs to meet its transport and refinery needs, as well as to fire some of its industries and power plants. Much of the estimated 10.5 to 11 million barrels of oil that China consumes every day comes from Saudi Arabia and other Middle Eastern suppliers, and many of the Middle Eastern crude carriers must pass through the Strait of Malacca “choke point” between Malaysia and Indonesia en route to China.

Even though major Chinese cities such as Beijing, Shanghai and Guangzhou have begun to introduce vehicle-use restrictions to combat traffic congestion and pollution, analysts expect the consumer action will simply move to other less-crowded venues.

In a study last year, management firm McKinsey said that apart from government restrictions and a growing used-car market, other factors that could impact on China’s new car sales over the next decade include industry consolidation, improved public transport options and the growth of car-sharing and car rental businesses. At the same time, McKinsey said more Chinese buyers were looking for bigger, better and more expensive vehicles such as sports utility vehicles.

That will ensure China becomes the biggest player in the global energy-for-transport sector. It will also be the world’s biggest user of electric vehicles and a potential pioneer of fuel cells.

In contrast to the Chinese experience, car and light truck fuel use is declining sharply in the U.S. A combination of fuel efficiency and changes to driving behavior means there will likely be a 25% drop in light-duty vehicle energy consumption between now and 2040, the EIA said in its 2014 annual energy outlook released on December 16.