Why do two million children still die yearly from diseases that could be prevented at a cost of less than 30 dollars per child in Nigeria?

“That is an equivalent of less than N4,500 per child,’’ Mr Ray Nihar, an official of the World Health Organisation (WHO), said at a stakeholders’ meeting in Kaduna recently.

At the monthly review meeting of traditional rulers involved in the polio eradication campaign, the WHO official stressed that considering the amount of money involved, there could no other alternatives than curbing the spread of preventable diseases.

To this effect, Nihar stressed that WHO would issue a standing recommendation to all nations under the International Health Regulations to make tangible efforts to curb the spread of the diseases through prompt interventions.

As regards polio, media reports indicate that although only Afghanistan, Nigeria and Pakistan are known as polio affected countries, Angola, Chad, Democratic Republic of Congo and Sudan are also suspected of having some polio infections.

Therefore, Nihar said that as part of efforts to ensure the total eradication of the disease, Nigerians travelling abroad would be compelled to take the oral polio vaccine from May.

“Children and adults travelling out of Afghanistan, Nigeria and Pakistan must be certified as having been vaccinated against polio to reduce the substantial risk of the virus spreading to polio-free countries,’’ he said.

In spite of this proactive measure, medical experts insist that the best way to fight polio in Nigeria is by expanding the polio immunisation coverage, adding that vaccine-preventable diseases account for 22 per cent of child deaths in the country.

Unfortunately, the UN Children’s Fund (UNICEF) estimates that one-third of children in polio affected countries do not have access to vaccines, insisting that a child has the right to be protected against preventable diseases.

In the light of this development, stakeholders at the 2012 National Vaccine Summit in Abuja unanimously voiced concern about the high mortality rate among Nigerian children due to diseases which could have been prevented through vaccination.

In his speech at the summit, Sen. Anyim Pius Anyim, the Secretary to the Government of the Federation (SGF), noted that lack of public awareness was one of the factors impeding vaccination programmes, calling on stakeholders to educate the public on its benefits.

“It is essential that we all join hands; government at all levels, the private sector, non-governmental organisations, development partners, traditional and religious institutions, to educate our people on the benefits of vaccination.

“Dispelling false rumours and beliefs, mobilising the necessary resources for vaccination and monitoring the entire process of vaccination are essential for child survival,’’ he said.

However, the Minister of State for Health, Dr Muhammed Pate, told the gathering that the increased immunisation coverage of the country had led to a reduction in the occurrence of vaccine-preventable diseases.

“Measles, which used to ravage our communities particularly in the hot season, is now much reduced; thanks to integrated measles campaign efforts.

All the same, Dr Ado Mohammed, the Executive Director of the National Primary Health Care Development Agency (NPHCDA), stressed that the country’s vaccination efforts were still facing some challenges.

He listed some of the challenges as dwindling international funding, capacity and infrastructure, logistics, cold chain maintenance and human resource constraints, among others.

“However, efforts are going on to provide plausible solutions to some of the formidable security challenges affecting the polio campaign in some parts of Nigeria.

“We are engaging traditional rulers and religious leaders as well as all the stakeholders in finding pragmatic solutions to the problem,’’ he said.

Mohammed said that the NPHCDA was strengthening its routine immunisation programme, adding that other ailments such as measles and malaria would be included in the programme.

“The agency will continue to also partner with all the security agencies and security cover will henceforth be given to polio vaccinators across the country,’’ he said.

Sharing similar sentiments, the Minister of Health, Prof. Onyebuchi Chukwu, said that the Federal Government was committed to curbing vaccine-preventable deaths in the country.

Speaking at the signing ceremony of N440 million-grant from Japanese International Cooperation Agency (JICA) to strengthen routine immunisation in Nigeria, the minister said that efforts had been doubled to safeguard children from deaths arising from preventable diseases.

“There are challenges in the area of polio and other areas but we are determined that by December, there will be zero transmission of wild polio virus,’’ he said.

The assurances notwithstanding, Mr Jacques Boyer, the Deputy Country Representative of UNICEF in Nigeria, emphasised that although Nigeria had made significant progress in boosting child survival strategies, a lot still had to be done in that regard.

“While Nigeria has made significant progress in reducing child mortality rate, some key challenges still remain and these ought to be addressed if Nigeria is to achieve the health-related MDGs.

“Childhood killer diseases are still prevalent and vaccine-preventable diseases such as measles, tetanus and whooping cough are among the major causes of child mortality.

“The level of child mortality can be reduced with simple interventions such as immunisation, which is a very cost-effective child survival strategy,’’ he noted.

Nevertheless, Boyer said that UNICEF was working to strengthen the country’s immunisation activities via improved cold chain and logistics systems.

He, however, stressed that for Nigeria to reduce under-five deaths, integrated packages of primary health services must be made available to the citizens, particularly women and children.

Boyer, nonetheless, noted that the JICA grants would support the facilitation and monitoring of health sector performance so as to ensure that children, who were currently not immunised, were reached by 2013.

Commenting on the JICA grant, Mr Ryuichi Shoji, the Japanese Ambassador to Nigeria, said that his country was a signatory to an agreement on the polio eradication project in Nigeria.

“Nigeria has made considerable progress in reducing the number of polio victims in the past decade.

“Japan has also contributed to the malaria prevention programme in Nigeria by providing 2.5 million dollars (about N400 million) through UNICEF this year,’’ he said.

In spite of the foreign grants, donations or interventions, experts hold the view that an effective campaign against polio should entail efforts to tackle perceptible challenges facing the campaign.

They note that such challenges include inadequate vaccination, total refusal of some parents to vaccinate their children and certain religious beliefs, among others.

The experts, nonetheless, insist that pragmatic efforts should be made to address these challenges as part of the strategies put in place to attain universal vaccine coverage for all Nigerian children by 2015. 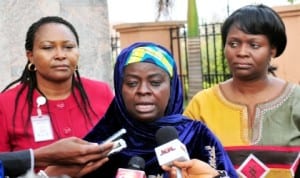