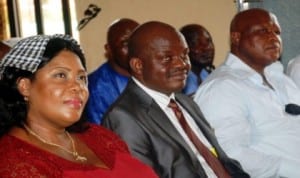 A cross-section of hairstylists and beauticians at Okokomaiko and Ajangbadi markets, has said that they would have increased patronage in the lead-up to the Christmas celebration.

The beauticians said this in separate interviews with our correspondent  in Lagos recently.

They said that they were optimistic that the season would boost their business and attract more customers to them.

A hairstylist at the Okokomaiko Market, Mrs Idowu Ogundare,  said that during the season, more customers were interested in fixing a hairstyle called “lace wig’’, which she said was now in vogue.

She said that the prices of hairstyles now varied in line with the demand, adding that the bill of most stylists was also informed by the complexity of the hairdo.

“This week alone, I have fixed the hairstyle for not less than 15 different customers at the rate of N3, 200 per person; I am sure that the figure will increase by the third week of December,’’ she added.

Another stylist at the market, Mrs Ada Dikeh, said that she was particularly happy because the Yuletide season afforded her a good opportunity to maximise her profit.

“For me, business seemed quite dull until the beginning of December when I began to enjoy good patronage; I intend to make the best use of the season while it lasts,’’ she said.

A stylist who specialises in “million braids’’ Mr Steven Effiong, at the Ajangbadi market, said that as Christmas approached, the cost of fixing the braids was now N4,000, as against the previous price of N3,000.

“The benefits of the Yuletide season are so numerous especially for us. I now make the braids for N4,000, instead of the former price of N3,000.

“The hike in price is usually due to an increase in demand, as people want to look good in the season. I am sure that no matter the increase in price, most women will still pay,’’ he said.

A beautician at the market, Mrs Matilda Agwu, who specialises in facial massage, also expressed satisfaction at the level of patronage she currently enjoyed.

She said that the Yuletide season had exposed her business to new customers who had no prior knowledge of it.

“I usually carry my kit to saloons or shops where I could find women who are interested in massaging their faces.

“However, since the beginning of the month, a handful of customers now locate my shop to get a massage,’’ she said.

Agwu said that she was positive that her patronage would increase significantly as Christmas approached.

A beautician Mrs Ifeyinwa Odum, who specialises in manicure and pedicure at the Ajangbadi market, said that she was optimistic that she would make appreciable profit this season.

She said that she bought artificial nails and eyelashes from the Trade Fair Complex, Lagos, before fixing them for customers at stipulated prices.

Odum said that although her fees were low, when compared with those of hairstylists, she was still comfortable with her proceeds.