The Benin Electricity Distribution Company (BEDC), said it would collect all debts owed the defunct Power Holding Company of Nigeria (PHCN) in its operational areas.

BEDC Head of Corperate Communications, Mr Nwadei Curtis, disclosed this to newsmen in an interview in Benin.

“It is not a situation of bad debts at all. We will collect every kobo from those who owed PHCN for service rendered, but who are now our customers,’’ Curtis said.

“I don’t know where customers got the idea from. Cancellation of customers debts is never part of the negotiation for the takeover.

“It is not a bad debt as they are claiming in some quarters,’’ he said.

According to him, BEDC will strive to improve on the power distribution in its areas of jurisdiction.

He said that load shedding in the four states was a national phenomenon and not peculiar to the area.

“There was a drop from 4,500 megawatts to 2,600 megawatts. That was a serious challenge for everyone in the power sector,’’ he said.

Curtis, however, assured customers of a brighter future and “enjoyable service delivery once we overcome these initial challenges’’.

On prepaid metres, he said: “we have just taken delivery of bulk prepaid metres which we are immediately distributing to all our district centres”

“We advise all our customers, who have made payments, to go for the collection of their prepaid metres.

“I also urge those yet to apply to make the payment of N24, 832 to the bank after filling out the necessary forms at the nearest BEDC district office’’.

Curtis urged customers to avoid touts or BEDC staff who would encourage them to cheat, stressing that the process of acquiring metres was not difficult.

“A customer will receive his or her prepaid metre 45 days after verification of the payment,” he said. 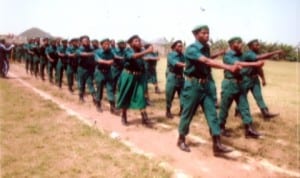 The National Chairman of the People’s Democratic Party, PDP, Prince Uche Secondus, has said the Cross River State Governor, Prof. Ben Ayade, was regretting defecting to the All Progressives Congress, saying he was giving him ‘quit notice.’
Secondus, who stated this in Calabar, explained that his visit to the state was to commission the PDP new state Secretariat located along Mary Slessor Avenue, inaugurate the State Caretaker Committee and welcome former governor Donald Duke back to the fold.
He was flanked by the governors of Akwa Ibom, Udom Emmanuel, Sokoto Tambuwal Waziri, Deputy governor of Zamfara state, Mahdi Aliyu Muhammed, former Senate president Bukola Saraki, former governors Liyel Imoke, Peter Obi, Donald Duke, National and State Assemblies members, and many other leaders of the party.
Secondus said the State remained a PDP state despite the defection of Ben Ayade from the party, stressing that the ‘food on the table’ policy of the Ayade-led administration was a mirage as many Cross Riverians were suffering in abject poverty and deprivations.
According to him, while the Cross River State governor was committing a political suicide by joining the APC, “the PDP would soon receive some Governors of the APC into its fold.” He, however, did not mention names of governors he was referring to.
Hear him, “We are hereby giving Gov Ayade quit notice. Ayade has been governor for six years and hunger is killing Cross Riverians and he is talking of ‘food on the table.’
“Former Senate President, Saraki is reconciling our party men and women and I must let you know that while Ayade is moving, other APC governors are indicating interest to defect from the party of bloodshed. We are taking back what belonged to us in 2023 and I know Ayade must now be regretting.
“In Nigeria, it is only PDP States that are delivering dividends of democracy, today, governor Udom is representing both Akwa Ibom and Cross River States in terms of performance, Gov Tambuwal is doing well, Zamfara is doing well and all other PDP States.
“We are coming to reclaim and reposition Nigeria, we have the experience and we are determined to restructure the country. We will restore the dignity of our country. we will restore the dignity of our people, the dignity of our youth.”
Reacting to the ban on Twitter by Abuja, the PDP National Chairman said, “Nobody can stop Nigerian youths from having a voice including on social media, whether, Twitter, Instagram or Facebook. We are coming to restore the freedom of Nigerians especially the youths.”
Tambuwal, who doubles as Chairman of PDP Governors Forum, in his remarks, said “we are determined to take back Cross River State. You have seen the destruction of lives and property APC is unleashing on Nigeria. You have seen the avoidable bloodshed going on but by the grace of God, we will reposition the country and give our people the leadership and freedom they deserve.”