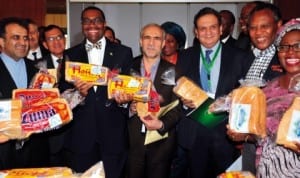 Public servants in Rivers State have been advised not to enter into loan transactions with any organisation without clearance and authorisation with the Office of the Head of Service.
Head of Service, Barr Samuel LongJohn gave the advice last Friday in his office in Port Harcourt while receiving a report from a committee set up to verify the status of the Unique Port Harcourt Civil Servants Cooperative Investment and Credit Society Limited in respect of loans purportedly granted to civil servants for the purchase of plots of land situated at Aluu in Ikwerre Local Government Area of the State.
He said a circular had already been issued to all Ministries, Departments and Agencies (MDAs) on the patronage of loan facilitators, noting that the directive became necessary due to numerous complaints from civil servants over unwholesome deductions made from their salaries.
Barr LongJohn said that based on the report of thecommittee which discovered gross irregularities in the operations and activities of the Unique Cooperative Society, a meeting of civil servants involved in the transaction would be convened to give them the opportunity to indicate their interest to either get a refund of monies deducted from their salaries or continue with the deal at their own risk.
He disclosed that following petitions by concerned civil servants on the loan deal, a directive was issued to the Accountant-General that further deductions be paid into an escrow account pending the outcome of the Committee, stressing that since the deal involved the salaries of workers, it was expedient that due diligence be carried out as well as ensure that deductions are in line with extant Civil Service Rules which stipulates that deductions from workers salaries should not exceed 33 percent of their income.
The Head of Service thanked members of the committee for doing a thorough job and promised to implement their recommendations.
Earlier while presenting the report, the Chairman of the committee, Barr Rufus Godwins said after a painstaking investigation of the operations of the Unique Cooperative Society, it was discovered that the activities of the organisation were illegal since the provisions of section 33 of the Cooperative Societies Law of Rivers State prohibits Cooperative Societies from granting loans to persons outside their membership.
Barr Godwins, who is also the Solicitor General and Permanent Secretary in the Ministry of Justice, further noted that the cooperative society failed to furnish the committee with evidence of a sale of land agreement between it and the land owners nor tendered any document to show the grant of any loan facility by Ecobank or any other bank for the provision of loans to civil servants, adding that although the cooperative society showed evidence of a part payment of N14 million to the land owners through one Barr Okachi Ordu, the document did not indicate the total cost of the land, the outstanding balance and number of plots of land covered by the transaction.
Based on these findings, the committee described the operations of the cooperative society as ‘utterly irregular.’ “The committee finds that the purported loan and sale of land transaction between the cooperative society and some civil servants, even if well intentioned, is utterly irregular and has not crystallised into the desired advantage of the civil servants concerned. This is because there is no evidence before the committee that any civil servant who has signed the loan agreement with the cooperative society has so far benefitted from either the loan, or the allocation of land as promised by the cooperative society”, the chairman noted.
The Committee therefore recommended that the operations of the Cooperative society, including its purported loan scheme and the resultant salary deductions from Civil Servants be suspended pending the regularization of their operations and activities in accordance with the Cooperative Societies Law of Rivers State, Cap 33 of 1999.
It also recommended that the Principal Officers of the cooperative Society be cautioned against venturing into such programmes without proper knowledge of the workings and operations of such scheme and condemned the leadership of the Cooperative Society for the use of negative publicity and campaign of calumny against the Office of the Head of Service and the resentment of the assignment of the Committee.
The nine member committee, inaugurated by the Head of Service in June 2013, comprised representatives of the Surveyor General, the Director Treasury, the General Manager of the Rivers State Housing and Property Development Authority, the Chairman and Secretary of the Unique Cooperative Society, the State Chairman of the Joint Public Service Negotiating Council, Comrade Emecheta Chukwu, the Permanent Secretary in the Office of the Deputy Governor, Mr. Eddy Oloko, who represented the interest of beneficiaries, and Mr Brown Whyte, who served as Secretary.
Of recent, there has been a proliferation of organizations which claim to offer sundry services including loans, equipment of all kinds and household items which has resulted into huge deductions from salaries of civil servants who entered into such arrangements that sometimes violate the provisions of the Civil Service Rules.