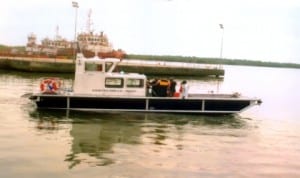 The African Development Bank (AfDB), in Addis Ababa last Wednesday urged African countries to strengthen their energy policies to meet electricity needs in both rural and urban areas.
The bank said this at the opening of a three-Day Global Conference on rural energy access for sustainable development and poverty eradication being organised by the UN-Economic Commission for Africa (ECA).
It has as its them: “Rural Energy Access: A Nexus Approach to Sustainable Development and Poverty Eradication”.
The Bank’s of Sustainable Energy for All (SE4ALL) Africa Hub Coordinator, Dr Daniel Schroth listed Nigeria among 12 Sub-Saharan African countries with huge energy deficit.
Schroth said 74 per cent of the global access deficit for electricity “is concentrated in just 20 countries, 12 of which are in Sub-Saharan Africa.
“The countries are Nigeria, Ethiopia, DR Congo, Tanzania, Kenya, Sudan, Uganda, Mozambique, Madagascar, Burkina Faso, Niger and Malawi”.
He said recent data by the World Bank under the Global Tracking Framework on SE4All showed 590 million people in Sub-Saharan Africa lacked access to electricity.
Schroth said 690 million people in the same region rely on solid fuel for cooking, representing an access rate of 63 and 14 per cent respectively in urban and rural populations.
“Moreover, 19 of the 20 countries with lowest energy access rates globally are in Sub-Saharan Africa with South Sudan two per cent, Chad and Liberia four per cent and Burundi five per cent.
“While progress has been made in other parts of the World, rural electrification is particularly low in Sub-Saharan.
“This is where electrified population grew by only 0.4 per cent over the period between 1990 and 2010”, he said.
He urged African countries to speed up efforts in developing stable policies that would address the situation.
He said the bank was committed to making Sustainable Energy for All a reality in Africa, by using available instruments including risk coverage and innovative financing tools.
Meanwhile the Executive Secretary of the UN Economic Commission for Africa (ECA), Mr Carlos Lopez in a message to the conference called for more articulated efforts to address the situation.
He said addressing energy needs in Africa would put the continent on the path of sustainable development and growth.
Lopez said there was concern that more than 1.2 billion of the global population lacked access to electricity.
He said it was also worrisome that 2.8 billion still relied on unsustainable solid bio-mass as fuel for cooking and heating.
He said around 1 billion (85 per cent) of those without electricity and 2.2 billion (78 per cent) depending on solid bio-mass, lived in rural areas.
“Communities in rural isolated areas represent, in many cases, the poorest segment of the population in developing countries, including Sub-Saharan Africa and developing regions in Asia and Latin America.
“There is a strong nexus between energy and other important development factors such as education, health, gender, environment, economic growth, food security, and water.
“Sustainable access to modern energy services is a critical input and catalyst for improving the productive capacities and welfare of rural isolated communities, leading to poverty eradication and sustainable development.”
According to him, extension of national grids, in most countries, is too expensive to cover these isolated areas.
“Nevertheless, appropriately scaled renewable energy systems, in particular advanced clean cook stoves and stand-alone (off-grid) electric generating systems that are practical, reliable, and durable are now both widely available and affordable.”
Lopez said the Sustainable Energy for All, “which is the major initiative of the Secretary-General, includes as one of its three main objectives, Universal Access to Modern Energy Services by 2030.
He said it should be pursuit by Africa as priority to address the energy challenge in the continent.
The AU Commissioner for Infrastructure and Energy, Dr Elham Ibrahim, urged African countries to place the continent on the path of development with greater attention to rural electrification.
She said Africa must exploit its huge potential in renewable energy resources, which he said, was capable of generating 1,800 Tera Watts-hours of Hydro-electricity.