Worried by the magni
tude of the 2012 flood which ravaged Ahoada West Local Government Area of the state, a traditional ruler, Eze Sunday Ayah, said the people of the area prayed to avert the expected flood of 2013.
Eze Ayah, who spoke to our correspondent at Ubie over the weekend said the Eze Ekpeye Logbo, Robinso O. Robinson invited pastors across Ekpeyeland to pray against the flood.
“Because of the predicted flood the Eze Ekpeye Logbo in council invited pastors from all the churches of Ekpeye to pray so that the flood will not come again”, he said.
He said people lost their lives and property last year to the flood, especially in Ahoada West Local Government Area, even as he said, women and children were mostly affected.
According to him, the consequences of last year made most farmers to abandon their farms for fear of another flood in 2013.
He said that the few farmers who planted were thanking their star, as their crops were doing well.
He expressed the belief that God heard the cry of the people  and intervened to prevent what happened in 2012.
“Nobody wants to suffer this thing twice because before the government did something at that time a lot of damage was already done”, he said.
He said what was lost last year to the flood could not be quantified because people even lost cash and household property.
According to him, it was on record that many people were only left with what they put on as the flood took them unawares.
He said his community Ihugbogo in Ahoada-East was not sacked by the flood last year but most of their crops like yams, plantain and cassava among other crops were lost. 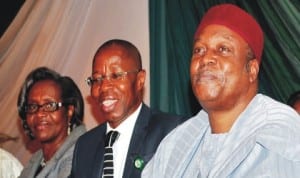