Sleep, according to
the Advanced Learners’ Dictionary, is to rest with eyes closed and mind and body not active.
Wikipedia, the free encyclopedia views sleep in the light of a state of muscle relaxation and limited perception of environmental stimuli.
The human system is structured in a manner that permits exhaustion due to prolonged hours of uninterrupted body activities. This no doubt, is the reason medical experts recommend rest in between and after work hours.
This rest however, is relative as the eyes are usually opened and virtually all the sensory organs still active and responsive to the immediate environment.
Experts therefore suggest that while rest is necessary for a good functioning of the human body, sleep is imperative for an optimal result.
Researchers at the university of Warwick and University College London, have found that lack of sleep can more than double the risk of death from cardiovascular disease.
Perhaps, it has become necessary to ask why many fatigued persons slumber at the slightest opportunity to do so. In commercial vehicles, under shades, in reception halls, even in offices as well as worship and learning centres, it is a common sight to behold people of varying social status intermittently dosing off to the dictate of their natural bodies.
The reason is simple, the human body requires regular recreations and rest to help it function effectively and so, deviation from this is to say the least a gradual grinding of the body system which definitely drives it to an inevitable halt. What a catastrophy you must expect?
The imperativeness of sleep to the human body can never be over explored, little wonder, it naturally weighs an overwhelming influence on such individuals who would consciously or otherwise choose to suppress its functionality at any given point in their life.
Human beings could prove to be workaholic in nature, so much that a time for rest is considered a waste and loss of lucrative man power which to them could possibly be translated to more money for an enhanced economic status. This is not without any consequences.
Come to think of it, because the body is designed to always observe regular punctuations by way of pulse and stop for a replacement of used body ingredients for an optimal efficiency, a sustained, consistent ride on the system is consequently opposed by nature, for nature, it is said, “must have its way.”
However, it is more rewarding to give nature its way in good time than let it take its tolls on its victims when pushed to the wall.
According to Kathy Emiko, a writer, sleep and rest are so important because of what they do for health. A good night sleep restores, repairs and rejuvenates the body. Sleep is vital for immune system and the overall health.
Very worthy to note is the fact that sleep slows down ageing process. For me, I would say this is a good news to the women whose ages appear to be fast forwarded by the impact of child-birth.
Some women resort to herbal remedies especially after child birth as a therapy for rapid ageing. This can only be efficacious on grounds of strict adherence to the laws and rules of nature which stipulates adequate rest and sufficient sleep without which premature ageing remains an answer while constant confession of tiredness, a popular song. It is also considered a very serious secret for averting wrinkles.
Against an old saying “A little sleep, a little poverty,” research has revealed that how well a person sleeps is one of the most important predictors of how long a person lives. People who sleep nine hours a night instead of seven hours have greater than normal “natural killer cell” activity. Natural killer cells destroy viruses, bacteria and cancer cells.
Moreso, sleep activates the cells of the brain and improves its functionality. According  to a study, sleep deprivation may decrease brain activities in relation to alertness and cognitive performance.
While excessive stress raises cortisols  levels which disrupt neuro-transmitter balance in the brain, thereby making a victim highly irritable and prone to depression with many diseases, a little interaction with the pillows is just the needful.
Although Professor Francesco Cappuccio said, “short sleep has been shown to be a risk factor for weight gain, hypertension and Type 2 diabetes, sometimes leading to mortality, recently, it was suggested that a short nap could reduce stress and blood pressure while wound healing can also be affected by sleep.
Good sleep remains one of the best health principles available. Unfortunately, relatively few people explore it. 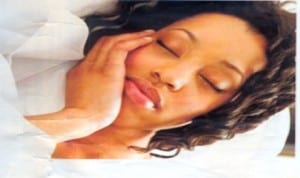 Equipping The Girl-Child For Nation Building

Saying No To Teen Girl Marriage