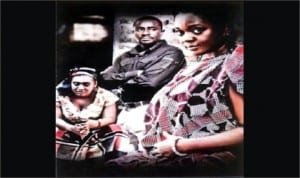 Hip Hop Music, one of the
thriving genres of music has come to stay in the Nigerian music clan and the younger stars are giving the older ones a run for their money. The new wine making super stars now rub shoulders with the older artistes to whom they once looked up to as their mentors and role models.
It is not gainsaying the fact that the younger generation of music artistes are now in their own class and are the most sort after by multinationals, telecommunication outfits and major event sponsors, the result of which are their mega bucks and overwhelming wealth which they flaunt around without minding whose ox is gored.
Some of their escapades in the music industry in Nigeria include luxury mansions, sold out contracts, huge fan base, state-of-the art cars, best selling albums, multimillion naira endorsement deals chattered flights, big budget videos and customs made outfits among other achievements.
These raves of the moment include:- Ice Prince: Panshak Zamani, popularly known as Ice Prince, gained international recognition after beating 2 Face Idibia to the Best International Act Award (BET) Awards. He also won the Hennessy artistry 2009, aged 26.
Born to Mr and Mrs Nasara Zamani in Minna, Niger State, Ice Prince who featured in Yvonne Nelson’s “House of Gold” alongside Ghanaian actor Majid Michael is a proud owner of a 2010  model of Benfley GT, a Range Rover Suv, a mansion in Ogudu of Lagos and his home town in Jos.
The Chocolate City Records “golden boy” single, titled “Oleku” has endeared him to his numerous fans as well as his monstrous music album “aboki”, while his Vip Video directed by Clarence Peters is a huge market success.
Wizkid: This 23 years old music sensation started singing at the age of 16. Today, his talent has taken him to different parts of the world and seen him perform alongside world class artistes such as Chris Brown, Akon, Young Jeezy and Kardinal official.
At 23, Ayodeji Ibrahim Balogun alias Wizkid leads the pack of a list of endorsement deals including one from MTN which has placed him on the list of big earning music artistes in Nigeria. At present, he is the highest paid Pepsi ambassadors in Africa and lives in a N140 million choice home in Lekki Lagos.
Wizkid’s personal cars include: a N14.6 million Porsche Panamera, N10 million BMW. X6, N6 million blue Volkswagen convertible and a Hondai Sonata.
Burna Boy: Burna boy broke into the music industry in December 2010 when he moved back to Nigeria from London and has remained a house hold name in Port Harcourt, but it was not until June 2012 when he made a cross over to Lagos with his mid tempo summer Jam “like to party”.
Davido: At 20 David Adeleke, popularly known as Davido is oneo of the most popular young artistes in Nigeria. So far, he has won some international awards and performed at various shows within and outside the country. He is also face of MTN pulse.
His personal collection of exotic cars comprise a silver 2012 Honda accord, a 2012 Hyundai  Sonata, a N12 million 2012 Audi Q7, N17 million Chevrolet Camaro and a N21 million Mercedes Benz – G55 AMG.
After his monster album ‘Gobee’ Davido has just released another monster hit titled “Skelewu” now making waves in the radio and television stations across the country.
Olamide: For the self acclaimed “voice of the street”, who grew up in The Bariga area of Lagos, who is also known as the alternative rapper after Dagrin, fame did not  come cheap.