The Federal Ministry of
Environment has said that the Great Green Wall Programme (GGWP) will be in full swing next year.
The ministry’s Permanent Secretary, Mr Taiye Haruna, made the disclosure in an interview with newsmen in Abuja.
Haruna said the project was part of the transformation agenda of President Goodluck Jonathan to tackle desertification in the Northern states.
He said the project was expected to rehabilitate about 222,000 hectares of degraded lands in the 11 frontline states in the North.
The 11 frontline states are Kebbi, Sokoto, Zamfara, Kastina, Kano, Jigawa, Yobe, Adamawa, Bauchi, Gombe and Borno.
According to him, the ministry is collaborating with the state governments and the local communities to execute the project.
He said the ministry had supported the states to plant some tree seedlings, saying: “come 2014, the project will be in full swing.
“We are also in the process of sinking boreholes, procuring tractors for planting purposes. The symbolic launch will soon be done by President Goodluck Jonathan,’’ he said.
Haruna recalled that the ministry had earlier inaugurated the project in Kebbi, noting that the ministry could not go round all the 11 states.
The project, he added, was expected to be implemented in Arewa and Dandi Local Government areas of Kebbi as stipulated in the GGWP route.
Our correspondent gathered that the project would also generate employment for people in its first year of implementation.
The GGWP was introduced by former President OlusegunObasanjo in 2005 and adopted by the African Union in 2007.
It is aimed at taking concrete measures to solve the problem of environmental degradation in sub-Saharan Africa.
The project will see 11 countries, including Nigeria, constructing a ‘wall of trees’ stretching 4,300 miles long and nine miles wide across the entire width of the continent from Djibouti to Senegal.
The other countries in the project are Mauritania, Senegal, Mali, Burkina Faso, Niger, Chad, Sudan, Ethiopia, Eritrea, and Djibouti. 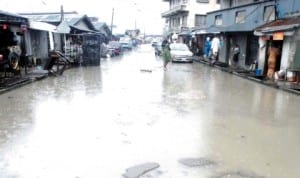