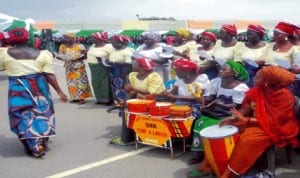 Christian Association of Nigeria (Can) women’s wing entertaining at the farewell for intending Christian pilgrims to Israel.
Photo: NAN

Ladies Get Wary Of Hair Relaxers