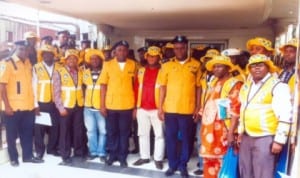 The West African Trade Centre in Nigeria is constructing a N50 billion trade centre with capacity for 30,000 stores in Anambra in its effort to create jobs.

The President of the centre, Mr Emmanuel Anyaralu, disclosed this to newsmen in Awka recently.

He said that the project was being located at Azu-Ogbunike in Oyi local government area of the state.

Anyaralu said that the project would have many components like the stores, police post, car park, hotels, nursery school and many others.

He said that the facilities were to provide conducive business environment.

Anyaralu  said that the project was being done to international standard and each store would cost about N850, 000 on completion.

He said that the beneficiaries would have 10 years to offset the cost.

Anyaralu said that the project would have capacity to attract businesses from West African countries and beyond.

“I am passionate about this project because I’m too sure that it will go a long way in employing our people and taking people off the street as well as put food on their tables.

“We also targeted the women and children and that is why we are putting up a nursery school structure.

“The women will be comfortable doing their business, knowing that their children are not far from them,” he said.

Anyaralu commended the state government for donating the land for the project and called on it to assist by building roads in the area.

He urged states, Federal Government and public spirited individuals to take up stores for their indigenes and other poor people to alleviate their suffering.

Anyaralu said that the price of the stores could go up astronomically within two years.