Aminigboko, community in  Abua/Odual local government Area of Rivers State is now a ghost town as farmers have deserted the once peaceful community.

According to investigations from our correspondent, cultists who go by the name Islanders now invade farm lands and shops in the community.

It is reported that those who braved to go and harvest some produce for their immediate needs were attacked by the suspected cultist who are believed to be backed by a high placed politician from the area.

Further investigation reveal that domestic animals like goats, dogs and fowls were nearing extinction in the area as the cultist continue in their killing spree.

The fleeing villagers who constitute mostly women and children are now refugees in neigbouring Ochigba, Ikata and Ahoada main town.

A fleeing farmer who asked not to be named said all his mature and premature plantain has been stolen by  the cultists.

Just yesterday a man and his wife according to our investigations were beaten to stupor after looting their shop and running away with a substancial sum of money.

The couple according to The Tide findings were now receiving treatment at an undisclosed private hospital in Ahoada.

Another fleeing leader from the Community told our Correcpondent that Aminigboko were just recovering from the effect of the 2012 flooding and wondered what would be the fate of the farmers in the community when they return.

He used the opportunity to ask the state governor to come to the rescue of the people as highly placed politicians and Chief of Abolga had sympathy for the Cultists. 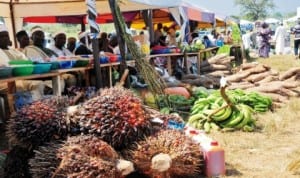