The Academic Staff
Union of Universities (ASUU), has been enjoined to use the opportunity created by President Goodluck Jonathan’s intervention to call off its four-month old strike.
A cross-section of residents made the call in an interview with newsmen in Umuahia.
They expressed the hope that the president’s intervention would bring an end to the impasse.
A former Chairman, Nigeria Labour Congress,  in Abia, Mr Lucky Akabuike, said the university teachers would create more enemies for themselves if they failed to end the strike.
“They will lose friends and the entire nation will turn against them if they did not use the President’s intervention to call off the strike’’, Akabuike said.
He noted that students and parents were already agitated by the industrial action.
He argued that strikes should be a means to an end and not an end itself.
Akabuike said parties in an industrial dispute should be prepared to give and take during negotiations and that hard line positions do not augur well.
He commended the President for wading into the crisis, saying that the gesture portrayed him as humble, caring and concerned about the future of children.
The National Coordinator, Associated Youth Club of Nigeria, Mr Emeka Okafo, said the president’s intervention showed that he wanted the crisis resolved.
“The 12- hour negotiation between the President and ASUU leadership showed his passion and commitment to ensure that students returned to school’’, he said.
He urged the lecturers to accept the President’s position and the Federal Government to implement the latest agreement.
“It will be counter-productive to the union and the nation if the students remained at home after this negotiation.
“As a former lecturer, the President knows about the decay in the nation’s universities; so his intervention is expected to bring lasting solution’’, he said.
A public affairs analyst, Mr Igbeaku Orji, expressed regrets that final year students who were to go for National Youth Service had missed the opportunity.
A parent, Mr Obinna Odowuike, described the President’s intervention as “belated’’, adding that the damage had already been done. However, it is better late than never’’, he said.
He said the President’s intervention had brought relief to parents.
The Chairman of Abia council of the Nigeria Union of Journalists, Mr Hyacinth Okoli, said ASUU should accept the offer by government and return to the classroom.
He urged the Federal Government to “religiously implement any agreement reached with the union.” 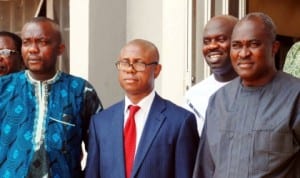