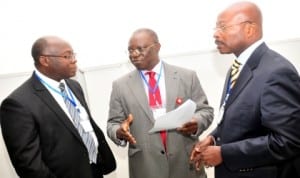 The Managing Director/
Chief Executive of Rivers State Microfinance Agency (RIMA), Mr Innocent Iyalla Harry, has said that faithful beneficiaries of the agency’s loans would qualify for the state enterprise equity fund and other available loans.
RIMA Director revealed this in a chat with The Tide in his office in Port Harcourt, recently.
The Director said that RIMA is making effort to expand her scope through the assessment of counterpart fund from the office of the Special Assistant to the President on Millennium Development Goals.
He noted that the state would also contribute part of the counterpart fund, which will be made available to faithful co-operatives in the state.
Harry also noted that RIMA is also interfacing with the relevant sections of Central Bank of Nigeria (CBN) to access the state’s part of the N322 billion provided for the development of Small and Medium Enterprises (SMEs) in the country.
RIMA boss reiterated that the agency has the mandate to help small businesses grow into institutions, adding that this will only be possible if beneficiaries are faithful in repaying the loans.
On the feedback challenges, the Director warned against the use of questionable persons as co-operative members, adding that “co-operatives should be careful of the people they choose as members. RIMA will not give loans to individuals, so they should choose people they can police”.
He stated that RIMA only visits defaulters repeatedly, adding that 20% equity contribution left  in the bank is part of micro-finance regulations, as no collateral is required for the loan which keeps increasing until the co-operatives grows into a medium business owners, where it could be referred to the equity fund.
The Deputy General Manager (DGM), Operations and Credit  Mr Gbarayorks N. Albert, attributed the 89-94 per cent of RIMA loan recovery to robust monitoring structures of the agency, adding that “apart from the community banks, RIMA is the most successful.
“RIMA by virtue of the edit that set it up, is a permanent source of funding for the Rivers entrepreneurs whose business is expected to grow to the extent of being self sustenance”.
However the 17 communities visited so far include Abua, Ahoada, Bonny, Etche, Andoni, Eleme, Oyigbo, Khana, Gokana, Tai, Omuma.
Others are: Degema, Akuku Toru, Obio/Akpor, Phalga, Ikwerre and Opobo co-operative societies who jointly commended the government for remembering the poor.