Peace has finally returned
to the performing Musicians Employees Association of Nigeria (PMAN), Rivers State chapter as a result of the reconciliation of the two main warring factions of the association by a former chairman of PMAN in the state, Mr. Lexy Mueka, popularly known as Lexy M.
Addressing the press after the reconciliatory meeting held on Wednesday,  at No. 2 Bernard Carr Street, Port Harcourt, Lexy M disclosed that the team transformation led by Lady I.B and the restoration team led by Comrade Sample Sirah both agreed to bury the hatchet and work together as a team in the interest of the association which is above individual ambitions.
The Ogoni, Rivers State born front line musician contended that it was the only way the association could redeem its battered image as a result of the leadership tussle and move forward as a body towards the actualization of its lofty goals.
He observed that it was the leadership crisis that rocked the association for sometime now that led to its relegation. According to him, some disgruntled members of the association wanted the crisis to continue so that they could perpetuate themselves in office for their selfish interests.
He expressed happiness that the ugly era was over for good and the association could now move forward and recover its lost glory from both the state government and other interest groups.
He assured that with the present development, the next election of the association would  be the sweetest since all true members would be working as one. “It is going to be one PMAN and one election”, he said.
Lexy M debunked the allegation that Alhaji Asari Dokubo had a hand in the crisis that crippled activities in the musicians’ body and described it as malicious falsehood. According to him, Alhaji Dokubo is one of the strongest pillars of the association. He stated that as a patron of the Association Alhaji Dokubo has selflessly financed the association and contributed towards a strong, united, stable and progressive PMAN in Rivers State.
The former chairman described Asari as a builder of PMAN in the state and not a destroyer, therefore no body should rope him into the crisis for what ever personal reasons. He stressed that those members who are against the unity and progress of the association and welfare of its members deliberately absented themselves from the reconciliatory meeting which was well publicized.
Fielding questions  the factional leader of the restoration team, Comrade Sample Sireh who attended the meeting with some of his members, said the peaceful resolution of the crisis was  a right step in the right direction. He assured that his group was ready to work with the new executive led by Lady I.B as chairman, since there is no more faction in the body, but one united, peaceful and indivisible PMAN in the state.
A former secretary of PMAN in the state and originator of News paper music. Mr Jah Best who also attended the meeting lauded the positive intervention of Lexy M, which he said has restored lasting peace and unity in the association. He maintained that the musicians body can now move in the same direction for the common goal and interest of all members.
The incumbent chairman of PMAN in the state, Lady I.B expressed appreciation to members of the restoration team for their peaceful disposition and recognition of her executive. She assured that her administration would restore the image of the association and take it to a higher level, usher in development so that people would start to accord the musicians the respect and recognition it deserves as well as do good business with members of the association in the state.
She noted that gone were the days when government and other organizations and corporate bodies operating in the state go outside to bring in artistes from other parts of the country and beyond to perform at events, while the indigenous musicians are ignored. The chairman maintained that Rivers money should be for Rivers people and not the other way round. 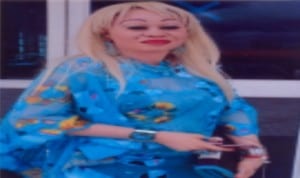