The Ohaneze Ndigbo has
advocated for equal representation of 60 delegates from each of the six geo-political zones at the proposed national dialogue.
Presenting the organisation’s position at the stakeholders’ interactive session in Enugu  its President, Chief Garry Igariwe, said the submission was done after consultations with other Igbo organisations.
Igariwe said the Igbo had been waiting for such a dialogue because they believe in the unity of the country.

“On the selection, it will be in line with the ethnic groups in each zone with the total number of delegates being 360 in all. To ensure its legality and integrity, the legal framework of the conference should be instituted through an act of the National Assembly.
“The executive should send an executive bill to the National Assembly to legalise the conference,’’ he said.
Igariwe suggested a time-table for the conference, saying the advisory committee should conclude its assignment by November while the National Assembly should process the enactment of the Conference Act in December.
He also suggested that the delegates’ conference should sit between January and April while the new constitution should be drafted in May.
The Ohaneze chief also suggested that June should be reserved for the referendum on the new constitution while the administrative restructuring of the new constitution should take place between July and September.
He said there should be no ‘no-go-area’ on the issues to be discussed which should include the structure of the country, the form of the government, tenure of office and devolution of power.
Igariwe said that it would be necessary for the exercise to be concluded before the end of the tenure of the present administration so that the new government in 2015 would commence the use of the new constitution.
According to him, the dialogue had become necessary because after 100 years of existence, the country needed to take stock and know if its present state was what the founding fathers projected.
Earlier, the Chairman of the committee, Sen. Femi Okoruonmu, said it was in Enugu to consult with the people on the modalities for the conference.
He said the consultation would be on what issues to be discussed, how long the conference should last, how large should it be and  how the delegates should be chosen. 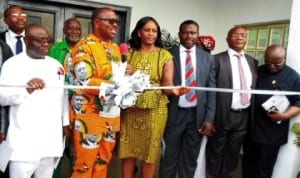